What a great title! I have your undivided attention, though I admit that this is not what I wanted to write about. After several recent airplane trips, I had thought to write about airport security and TSA (our motto: If we did our job any better, we’d have to buy you dinner first), but my wife, the Doc refused, saying she was tired of reading about TSA (our motto: It's not a grope, it's a freedom pat.) and would not proof read my post and then the whole world would know how poor my spelling and grammar really are.

So I won’t write about TSA (our motto: Don’t worry, my hands are still warm from the last guy.) but will, instead, write about my wife.

God knows, I love my wife: after 37 years, I probably don’t have a choice. I love her so much that just recently, I decided to prove my love, I’ve stopped introducing her as my first wife.  But with time, some things change in a marriage, and in my case, the things that have changed that I’m not exactly fond of are my wife’s nightgowns.

I can remember a time, a little over a quarter century ago, that the Doc wore the kind of nightgowns that could make a bishop kick a hole in a stained glass window. Lately, they have started to look like government issue in a federal women’s prison. Why the change? God knows, it can’t be me. When I ask my wife, the answer is always the same: “It’s comfortable.” I didn’t know comfort was the aim of a nightgown. 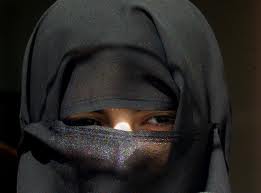 There was one nightgown in particular I found offensive. It was battleship gray, made of some material that probably was the prototype of Kevlar, and went down to her feet. If it had covered the head, it would have been uglier than a burka. (I just had a sudden insight. No wonder the men are always fighting in the Middle East: they live in a desert, they don’t drink beer, and their women look like Batman!)

I finally had enough of it and shoved that nightgown into a envelope and mailed it to the Russian Embassy in Moscow. I thoughtfully enclosed a note, “Here. This looks like something your women would wear.” While the bastards never acknowledged the gift, it is probably no coincidence that shortly after this the Berlin Wall came down. I am still waiting for my Nobel Peace Prize. After all, they have awarded them for less.

This brave and selfless act did not bring peace to my home, even after I purchased several replacements from Victoria's Secret.  The secrret seems to be that men will pay incredible prices for inexpensive clothes made in third world countries if the sales clerk is young and pretty.  Evidently, the best way to sell sex is with sex.

The Doc and I reached something of an armistice in this matter shortly after the event I call the Great American Panty Raid. It happened one Saturday afternoon when my wife, the Doc, came home after a long night at the operating room. Almost immediately, she was in the shower. And shortly after that, I found myself staring at the pair of panties she had laid out to wear after her shower. Why do they make that ugly shade of beige? Has anyone ever walked into a store and asked to see something in beige?

These things were ugly, way too ugly for the mother of my two children. These were the kind of ugly you should need a license to look at. I went to her dresser and examined the contents of the drawers. Do ugly clothes breed and multiply? I have no idea what military issue panties look like, but I bet they look better than what my wife owned.

So I gathered them all up-every single pair in the house-and took them outside and burned them. Yep, I dug a small hole next to the compost pile, added a little charcoal lighter fluid and produced a lot of black smoke. Technically, I think the correct term is melted; I melted them. In my opinion, they looked better after the fire.

I bought them in a rainbow of colors, styles, and materials. Did you know you can get panties for grown women with cartoon characters on them? I am not quite sure of the function of some of the snaps and bows, and more than a few resembled slingshots and eye patches, but they seemed interesting enough to try. At least I thought so.

Yes, my wife returned practically all of them, but that wasn’t the point. And while I can’t say that the replacements are as nice as the ones I purchased, I haven’t had to mail anything to the Russian embassy.

The misspelled words are my wife’s fault; she stopped proofreading after the third paragraph.
Posted by Mark Milliorn at 8:47 PM