Flynn was one hell of a nice guy.  He was a little on the short side, had flaming red hair, and a smile that could charm the birds right out of the trees.  If you had called central casting and asked for a teen-aged Irish lad, they would have sent Flynn. There was only one thing wrong with Flynn—he was a thief.

I have never met anyone quite like Flynn—stealing was just in his nature, and you couldn’t have cut it out of him with a blow torch.  If you had worked overtime with a ballpeen hammer and a good masonry chisel, you would have eventually discovered that thievery was an essential element in of his framework—by the time you had removed all the dishonest parts of Flynn there wouldn’t have been enough material left to build even a politician.*** 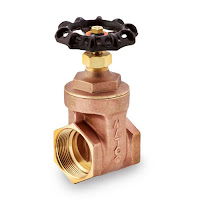 Flynn seemed to have no family, he was desperately poor, and he had only the most rudimentary basics of an education.  When I met him, he was the only white person living in an old public housing development in a part of Galveston Island where even the police didn’t like to venture.  Probably only someone as friendly and charming as Flynn could have pulled off living in that ghetto.  (He did, however, tell me that, on one particularly wild night, he had nailed his apartment door shut from the inside).

While I was the manager of the now long-lost Islander Beach Hotel in Galveston, I hired Flynn as a bellboy/gofer/flunky.  And Flynn was the best bellboy I have ever worked with—and the worst.  The problem was that he simply could not stop stealing.

Using that scale, Flynn was a pickpocket and it didn't take long for me to discover that Flynn was padding tips on room service receipts and stealing the occasional small item from the kitchen.  Hell, a car driving too slowly by the hotel might lose two lug nuts and the spare tire.  I should have fired Flynn immediately—but damn it, I sincerely liked the boy.  I felt sorry for him and kept giving him another chance.  Eventually, I think Flynn became a project for me—I was going to rehabilitate him and was far too stubborn to admit defeat.

I showed Flynn the rudiments of being a bellboy who worked the graveyard shift.  For a bellboy with an inventive mind and just a touch of larceny, these late night hours could be very profitable.  Within a week, the trunk of Flynn's car looked like a miniature gift shop.  When most of the hotel was closed, Flynn could very quietly sell a guest a bottle of bourbon, a deck of playing cards, a dozen condoms, or a six-pack of beer.  He kept a well-stocked cooler in that car, and long after the restaurant closed, Flynn could put together a pretty good meal of cold cuts and cheeses on a white table-clothed cart using the kitchen's best silverware and serving dishes.  The table would even sport a flower that Flynn had just cut from the hotel gardens.  More than once a guest was disappointed to discover that the real kitchen could not duplicate during the day the attractive meals that Flynn put together at night.

Flynn didn't steal from the guests (well, not their rooms, anyway).  I remember a Houston policeman who stayed at the hotel one summer weekend, who seemed to delight in being a rude and obnoxious asshole.  Somehow Flynn decided that the rules did not apply to rude cops.  When the policeman tried to leave the island to return to Houston, he discovered his car had lost all four wheels and the battery.

That became the pattern with Flynn: no matter how much I stressed to him that he could not, should not steal, sooner or later some circumstance would convince him that it was okay—that whatever situation was currently at hand was an exception to the rule.  If the Coca-Cola truck pulled up to refill the property’s vending machines, unless I physically held onto Flynn’s hands, that truck would leave missing six cases of Cokes and a two-wheeled dolly.  And holding on to Flynn’s hands would put your watch and wedding ring in peril.

Hotel work was addictive: No matter what the circumstance, somehow the next day you just had to be ready to rent all the rooms to the next set of tourist/invaders.  There was never an excuse for not fulfilling the reservations.  I wish all repairs could have been done during the middle of a weekday, but quite often you found yourself doing emergency electrical work in middle of the night.  The constant stress of solving endless problems under tight deadlines was a powerful addictive drug.  No matter what the problem, there was always a solution in time to rent that room.

It was late Saturday night when the hotel suddenly had a cascade of plumbing problems in the new wing.  There were no maintenance people on the property, so within ten minutes I found myself in the dark narrow spider-infested service chase between two rooms.  I was wrapped around pipes like a contortionist while Flynn held a flashlight and offered useless advice.

"Go down to maintenance and bring me a ¾” gate valve," I ordered.

Flynn was gone a few minutes and came back without one.  "We don't have any," he said.

"Damn it, Flynn!  I know damn well that I bought several last week!" I shouted as I shook a large pipe wrench in his general direction.  By now, I was drenched with cold water, and becoming increasingly aware of the spectacular number of spiders with whom I was sharing that 18" wide chase.  "Go get me a damn gate valve!"

I stayed busy trying to loosen an ancient rusted pipe union—I could only move that pipe wrench a few inches at a time due to the cramped plumbing-filled space—but it seemed to me that Flynn was gone for a very long time.  After what seemed like ages, he finally showed up and handed me an obviously used valve—it was rusty in places and had flecks old gray paint on it.  No matter--maintenance was full of old parts that could be reused, and while I was certain the hotel had new valves, I could use an old one.

The repairs were completed, the emergency was over, and I decided to drive home and get some dry clothes.  As I drove by the Texaco gas station next door to the hotel, I couldn't help noticing the collection of people standing beside the building staring at the torrent of water pouring out of the public restroom.  I would have given favorable odds and covered all bets that the plumbing in that bathroom was in desperate need of a ¾” gate valve.

My rehabilitation project never was successful.  If he hasn't been shot yet, I wonder what prison Flynn is in.  Or does Texas have a congressman named Flynn?


***My wife—the Doc—says that paragraph is a little over the top even for a poor dumb ‘ol country boy.  I had to remind her that I’m writing a blog—it was some other feller named Mark who wrote scripture.