Over eighty years ago, my mother was starting the first grade in school.  This was during the 1930’s--and even worse, she lived on a dirt-poor farm in the panhandle of Texas.  An economically blighted area in the middle of the Dust Bowl, this was far from a good place to live during the Great Depression.  (Even today, the panhandle is not exactly a great place to live, but an excellent place to be from.  The "fromer" the better.)

During this time, Texas was in the midst of a drought so severe that every morning, farmers could go outside and watch their topsoil leaving for New England.  On one such day, an estimated 300,000,000 tons of sand blew all the way to Illinois and subjected Chicago to a dust storm so severe that it shut down the city.  A few days later, the city of New York was blanketed with snow dyed red from the iron rich sands of the Southwest.

Needless to say, it is rather doubtful that my mother’s education was the most pressing issue for my grandparents.   Within a few years, they would lose their farm and be forced to seek employment in the nearby thriving metropolis of Plainview. 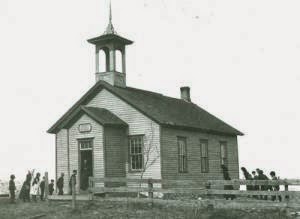 When the big day finally came, my mother was excited to start school.  Her parents were understandably busy, so she was to be enrolled in school by her brother, Joe.  Uncle Joe was twelve, and he carefully guided my mother from the farm to the edge of town.  Standing on a small hill, as he carefully pointed out the distant small schoolhouse to my mother, he gave her the only educational counseling she was ever to receive.

“Yonder's the school,” he said.  Then he turned and walked off in the opposite direction, leaving his little sister to fend for herself.

I have been reminded of this little tidbit of family lore this last week, here at Enema U: the university has just created a new department in its constant quest to meet the needs of a student body that seems to be increasingly indifferent to damn near anything.

The Department of Autodidact* Studies will provide individualized instruction to the student who hitherto has not felt the need to actually enroll in classes.   This will be a perfect fit for Enema U, since it has long since lost interest in either building or maintaining classrooms.  Almost as important, the department will do away completely with the need for meddlesome faculty, thus freeing up additional office space and resources for the ever expanding administration.

Such a complex department will obviously need an experienced department head.  While an extensive national search was considered, thankfully, someone already on campus--with no apparent current duties whatsoever--has volunteered to take on the difficult job.  Principal among the new head’s duties will be the annual chore of leading the assorted majors into the middle of the parking lot and carefully advising the students on their future academic careers.

“Yonder's the library,” he will cheerfully announce at the beginning of each year.  Then he will  probably return to his office to commence work on another round of outcomes assessments that will never be read.  (The new forms are much better than the old forms, as they ask you to numerically answer such burning questions as:  Of all the available flavors, what is your favorite color of the alphabet?)

Only the latest pedagogical tools will be used in this new department.  Textbooks will no longer be required, but each student will be issued a list of required T-shirts to be purchased the Starbucks Gift Shop, conveniently located at the site of what used to be laughingly called a bookstore.  Naturally, this will require higher lab fees.

Of course the administration expects great things from the new department, as not actually attending class seems to be one of the fastest growing trends in universities all over the country.  Though no student has actually requested the new department, that is to be expected since they have long since stopped asking for anything.

Students will be expected to maintain a high GPA.  Those failing to meet the mark will be automatically reassigned to the soon-to-be-created Department of Idiodactyl Studies.  While this new totally online department has not yet been opened, the university is working desperately to create racially-blended and gender-neutral avatars, in order to avoid reinforcing negative societal stereotypes.