Mike, the old rancher, and his hired hand, Sergio, got out early, while it was still cold—a time when Mike's father would have said there was "still frost on the pumpkin."


Mike had always wondered about this, since as far as he knew, his father had never grown any pumpkins, nor had he ever worked on a farm.  The only kind of pumpkins in which his father had ever shown any interest had come in pies.


Still, after a long, cold winter, now it was only half-cold: colder than bus station stew in the morning and hot as sin by the early afternoon.  This reminded him of something else his father used to say:


"Weather in Texas only comes in extremes—we don't do moderate round here." 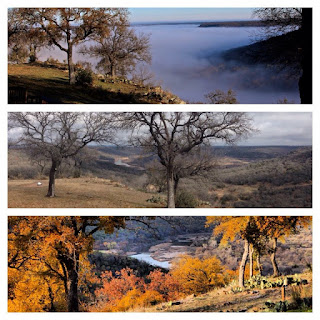 Mike nudged his horse, Man, toward the left fork in the trail that would take them toward the south stock tank.  He had to estimate how much work the stock tank would need before the "monsoon season" started in May.  The drought in Palo Pinto had reached crisis stage, but this might be the flood year that came along about every few decades.  If he didn't get the Case down here to work with the front-end loader before the rains started, the ground would be too soft for the Case to work.  And if he didn't rebuild the stock tank in time to retain what little rain water they did get, he'd be trucking in water a hundred gallons at a time all summer.


As he rode, Mike kept an eye out for his cows.  This was the time of year for new calves, and while the cows rarely needed any help, the old rancher had too much money invested in them—some of it borrowed—to let nature take its course.


He felt a little guilty about riding his horse this early in the day, the pickup would have been faster and more efficient, but the old rancher had justified taking a ride because the horse needed exercise.  He deeply believed that fun was anything you did after the chores were done, and he was weeks away from being caught up with those chores, so he justified the indulgence "for the horse’s sake.”


Damn!—The hoped-for spring rains made him think about the spring winds.  If he didn't get up on the roof of the barn soon, it would be too hot to work up there.  Besides, he'd have to wait until his wife, Barbara, was shopping in Fort Worth before he could drag the big ladder out of the barn and get up there.  Barbara seemed to believe that as he got older, gravity got stronger.  She wouldn't let him replace the missing shingles if she knew what he was planning.


As he rode Man up the trail, he notice that the buffalo grass—always the first grass of spring—was coming in nicely.  He would have to remember to get Sergio to move the cattle up here to take advantage of the cheap feed, then he'd have to...

The damn hydraulic line was busted on the Case again!  Mike would have taken the infernal contraption to the dealer to be fixed if the damn line hadn't broken with the backhoe arm in the down position.  Now, there was no way to drive it onto the trailer.  The old rancher had to fix it here, or pay a small fortune to have a mechanic make an expensive road trip.


Mike swore for the third time that day that he didn't like hydraulics, had no talent for working with hydraulics, and generally hated everyone who did.  He stood there in the blistering sun, and estimated that about a quart of hydraulic fluid had soaked into his clothes while he had tried—mostly unsuccessfully—to bleed the air out of the new replacement line.


The old rancher remembered a time, five decades previously, when he had asked his father—the "original" old rancher—to explain how hydraulics worked.  His father had spent his whole life on this ranch, save for the three years he had spent in the Army Air Corps as a flight mechanic on a B-25 in the Pacific.  His father had spent 20 minutes discussing hydraulic pumps and accumulators, at the end of which, Mike had learned two things:  First, his father knew less about hydraulics than he did, and second, if all the bombers had mechanics like his father, it was a miracle the Japanese had not won the war.


Mike stopped, and walked to the back of his truck to get another long drink from the 5 gallon water jug in the bed of the truck.  The aging Coleman jug was insulated and had been loaded with ice this morning, but by now the water was tepid.  The sun and the heat meant he was  constantly in need of more water and the armpits of his shirt were stiff with the salt he had lost.  What he really wanted was an ice cold beer—something he couldn't have until he had fixed the Case.  Instead of the beer, he took off his John Deere gimme cap and splashed a little water into it before he threw it back on top of his head, relishing the cool fresh feeling as the water ran down his neck and the back of his shirt.


While he was drinking, Sergio came up and told him that the county had said it was too hot, dry, and windy to allow anyone to burn.  Sergio had—before the damn Case decided to take a vacation—been clearing the fire breaks along the fence line of the creosote and cedar brush that grew back every year.  By summer, this brush would be a dry as a preacher's sermon and could catch fire from a cold glance from a hot blonde.


Then the old rancher signed.  For the third time that day, he remembered that Sergio didn't understand English, and his atrocious border Spanglish didn't stretch far enough for his sarcasm.  In Spanish, he told Sergio—at least that is what he thought he was saying—to repair the soft spots in the fence he had discovered while clearing the fire breaks.


Mike took off an oil soaked glove to wipe the sweat off his forehead with an equally oil drenched hand, then turned back to the Case—almost too hot to touch from the noon sun—and started bleeding the air out of the new hydraulic line, again.

For the third time that day, Mike wondered why he didn't get out of the cattle business and start over in the cattle feed business.  He was damn tired of borrowing almost a thousand dollars a year on each calf he hoped to sell a year later.


Hell!—He knew the answer:  He had a cousin who worked in the rodeo, but after years of competition, was far too busted up to ride or rope any more.  Hell, he had so much metal in his hip and both knees, he couldn't get through airport security without carrying a waiver card from the TSA.  The rodeo had found a minimum wage job for him, helping to load and unload the livestock trailers.  In between these jobs, he spent every available moment shoveling manure out of the trailers.


Mike had never asked him why he didn't get a better job, because he already knew the answer.


"What?" his cousin would exclaim.  "And quit the rodeo?"


The problem was that some professions you were just born into.  You couldn't quit, you couldn't just walk away from the land your father and his father had worked.  Somewhere along the way, that sandy red soil got into your blood, so you just kept on.  You were born into ranching, kind of like slavery—which it was—and you couldn't leave this way of life while you were still vertical. 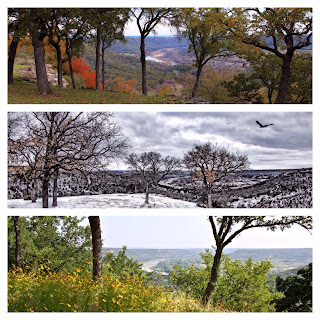 The old rancher had time to think about things like this while he hauled water to the cattle 100 gallons at a time.  While the water gurgled out of the trailer, he moved a little hay out of the bed of the pickup to the waiting cattle.


As he worked, he kept an eye open for Rich, the delivery driver for the local farm and ranch supply.  Sometime today, he was expecting a new cattle guard to replace the one the propane truck had taken out.  The fool driver had taken a wrong turn and used a 10 ton truck to demolish an ancient cattle guard rated to 4 tons when it was new.


When Sergio was finished re-greasing the windmill pump rod, he would join Mike so they could start giving shots to the cattle.  Fall was when you tend to the health needs of your livestock, but the drought was playing hell with the available grass, so occasionally Mike had to drop everything and move feed to the livestock, even though every time he did this, the cost of the feed dipped into his narrow profits.  Maybe next year, the old rancher could do this differently, maybe he could...

God almighty!—it was cold.  Mike took off his gloves and stared at the tips of his fingers, where there was a definite blue tint forming under the finger nails.  While he was terribly cold, his fingers felt like they were burning.


It wouldn't have been so bad if he hadn't gotten wet while breaking up the ice in the watering troughs so that the cattle could get a drink.  Now, he had to trace the electrical lines back from the metal tanks to find out why the electric tank heaters weren't keeping the tanks from freezing over.  The work would have been a lot easier if his fingers haven't been so stiff from the cold.


Yesterday had been harsh: he and Kent had had to patch the barbed wire fence along the state highway where some damn fool had driven off the road and broken the wire.  Since yesterday, the wind—already blowing hard enough to neuter a rooster—had actually started blowing harder.  That was the trouble every winter in Texas—a blue norther would start blowing south from Canada, and as it went south, there was nothing but the occasional barbed wire fence to slow it down.  By the time the wind hit you in Texas, it felt like you were being shot with a frozen nail gun.


The horses had to be moved into the barn, and feed had to be put out for the cattle.  What little grass was still available was covered in snow that had melted and refrozen until the grass was hidden in rock hard snow.


Desperate for a little warmth, he drove back to the house for a cup of coffee.  He was standing at the living room window, holding his coffee cup between both hands, watching the snow coming down sideways in the stiff wind.  As he sipped his coffee, his wife came and stood beside him and together, they stared out into the frozen landscape.


"Wow!  How beautiful!" Barbara exclaimed.  "Don't you just love the changing of the seasons?"
Posted by Mark Milliorn at 12:01 AM