It’s been a few years, so I can tell the story.  The man in question has been dead for years, and I doubt that anyone will recognize him from this story.

At the time, I was in the computer business—way back in the dark ages, long before smart phones, tablets, email, or even the internet.  Those were fun days, since nearly every day, a new piece of hardware hit the market, everyone was writing new code, and it seemed like anything was possible.

So, when a local businessman presented us with a problem, we were eager to tackle it.  The man had operations in multiple cities across the southwest, and wanted a way for each location to automatically report daily sales figures in several categories back to the home office.

This would be simple problem today:  I can think of half a dozen different ways to accomplish this, but thirty-five years ago, it was a novel problem.  After several days of experimentation, we found a solution using off the shelf hardware and a little bit of new code we had written.

A week later, we demonstrated the solution at our store.  Using three identical computers, one representing the home office and the other two, different operations in distant cities, we demonstrated how each computer would connect by modem over a telephone line to the “home office” and upload sales figures.  After both computers had uploaded their information, the home office computer would print out the results and turn itself off.

The businessman was delighted with the results and had us demonstrate the system several times.   He took our detailed quote with him and promised to get in touch with us in a few days.

Two weeks later, we still hadn’t heard from him.  Eventually, we learned that he had hired a computer science student from Enema U, handed him our detailed quote, and ordered him to duplicate the system using cheap, junk hardware purchased from a discount mail order house out of New York.

None of the hardware we had quoted was unique, but it was just all good equipment we had offered to sell at a fair price.  The only unique element in our quote was our expertise and that small program we had written.  I could have named a dozen people in town that could have easily duplicated our work.  Unfortunately for the businessman, his new student employee wasn’t one of them.

That student tried, but couldn’t make the computers communicate with each other reliably.  It wasn’t a hardware problem: the student just couldn’t duplicate the program we had written.

About a month later, the businessman returned to our office and wanted to know how much we would charge him to make the equipment he had already purchased work like the system we had demonstrated.  Amazingly, the man didn’t even look even a little embarrassed.

I told him the fee would be the same amount we had previously quoted him.

Naturally, I neither expected nor wanted the man to accept my offer...and he didn’t.  He angrily left, and I never saw him again.  I eventually heard that he fired the student, but never learned—nor cared—if he ever got his new computers to work.  About a dozen years later, he filed for bankruptcy and his business shut down.

What the businessman had done was not illegal, nor am I even sure that it qualifies as immoral.  The man had obviously tried to use my work without either my permission or compensation, but I had given him the detailed quote, and freely demonstrated in general how the system worked.  What he had done was legal, but I no longer wanted to work with him.

Unfortunately, this was not the only person in town that we did not want as a client.  There were half a dozen people in town that we simply would not work with.  One or two who could not be depended on to pay their bills, a couple that were simply too dishonest to trust, and one extremely famous individual (you have absolutely heard of him) who somehow figured that we should be so honored to do business with such a celebrity that we should lose money on every transaction.   In the latter case, we never felt quite that honored.  (Try telling the electric company it should be honored to provide you with power and see how quickly you’re left in the dark!) 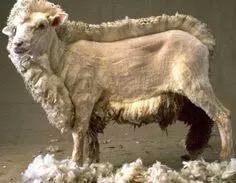 In some ways, I was grateful for that businessman for teaching my employees a valuable lesson:  Every business deal had to be as fair for the buyer as it was for the seller.   Ours was a small town in a small state, we wanted to do business with the same clients for years.  And with the vast majority of them, we did.  I haven’t sold a computer in thirty years, and I still solve computer problems for a few old clients.

My father had taught me this lesson, and like the ol’ Texas country boy that he was, he had done it far more succinctly.