Even here in southern New Mexico, winter eventually came. It snowed on the mountains and got down to freezing here in the valley. Personally, I’m against it. I would prefer an endless summer. I don’t even want ice in my scotch, and as for snow, it belongs on Yankees and Christmas cards. 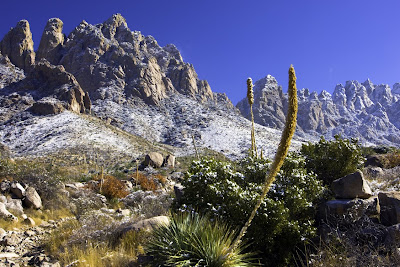 Hot is good. That’s why I live in New Mexico, hot means cold beer while reading a book next to the pool. Summer is warm nights on the deck, meals on the patio, and green grass and flowers. Then winter comes. I wish Congress would quit trying to build a fence to close the border with Mexico. Instead, let’s spend the money on weather stripping the Canadian border. Cold means… freezing your ass off. Winter is raking up leaves, cleaning the fire place and dead gardens. Cold means stockpiling weapons-grade hot chocolate and an icy wind as cold as a mother-in-laws heart.

And I know exactly who to blame; my wife.

Naturally, if that is all I am responsible for, my wife must bear responsibility for everything else. And that includes weather.

Lately, my wife has decided to up the ante and make this winter business so much more difficult. For a variety of reasons, my wife has decided that her favorite toy is the thermostat. The joystick on the boy’s Playstation doesn’t get as much action as that thermostat. I go to bed in a warm bedroom and wake up in the middle of the night to find the heater turned off, the windows open, and two cats trying to build a nest between my knees. Why do the cats love me? You can sum it up in two words; body heat.

I checked on the boys, What’s-His-Name was under three blankets and showing early signs of hypothermia. The-Other-One, obviously his mother’s son was sleeping soundly in his underwear. He didn’t have a blanket, What’s-His-Name had stolen it.

Sometime during the night my wife had decided it was too hot and turned off the heater. Evidently, she quickly changed her mind, because by the time I had woken up half frozen, she had decided to wear a sweater and wrap herself up in the comforter that had originally covered both of us.

In the temperature wars, I decided to start an arms race; I bought a new thermostat. It took me a while to find the right model; I bought the computerized Swiss army knife of thermostats. I have seen airplanes with fewer controls and buttons. Insanely difficult to use, you can program it to adjust the heater to a preset temperature four times a day. After memorizing and then hiding the instruction manual, I set the thermostat to reset every two hours all night long. If my wife turns the heater off, by the time the house cools off, the thermostat will reset itself and turn the heater back on.

My victory was only temporary. Somehow, my wife through trial and error is starting to understand how that thermostat works. I need a new strategy. An electric blanket with a combination lock? Bigger cats?

My current plan is to look for an additional pair of computerized thermostats. I figure if I replace the current model with a new one, then keep rotating them every couple of weeks, winter will be over before she figures out how to run them.
Posted by Mark Milliorn at 12:27 AM