It’s simply amazing the number of people who do not understand the need for a good beer. Certainly, my university does not. Periodically, the students express a desire to be able to drink beer legally in a campus bar in the company of faculty and staff, who could possibly teach them to drink responsibly. Inevitably, groups like the Mommies-Obstinately-Forever-Obsessed rise up and denounce the idea as a danger to students. Evidently it is much safer for students to drive on and off campus after drinking. I’m sure the policy is working, I never hear about students in trouble with alcohol.

In New Mexico, I was never quite sure how to teach my children to drink responsibly. Both What’s-His-Name and The-Other-One moved out before either was legally old enough to even drink a beer with their father in our home. This seems a little strange, as the state seems to believe that it is wiser for the teenagers to learn about alcohol from other responsible teenagers than from their own silly parents. Foolishly, since I couldn’t drink with them, I taught them to mix drinks. This was a mistake. It looks unseemly for children to mix drinks…and they use too much vermouth.

This must be a relatively recent idea about beer; as a historian, I can assure you that this has not always been the attitude. To put it simply, beer has been a wonderful and driving force throughout history. 390 years ago, the Pilgrims were on their way to Virginia to establish a colony, but decided to stop in Massachusetts when they ran out of beer. We would have no Plymouth Rock without beer. 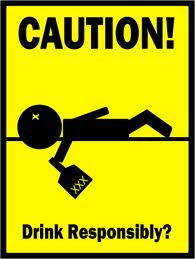 The Maya certainly enjoyed an alcoholic beverage. Saying they drank to excess doesn’t do them justice. They damn near swam in alcohol and when they could no longer hold any more beer, they took it as an enema. Evidently, this method allows alcohol to enter the blood stream much faster, leading to even higher levels of intoxication. Across the country, several fraternities, evidently also denied access to a campus bar, have begun experimenting with this technique. Budweisier wants to capture this rising future market and is about ready to introduce a new product just for this practice. It will be marketed under the brand name of Butt Light.

How old is the practice of making beer? The Chinese wrote about brewing it over 5,000 years ago and it undoubtedly began well before that. According to Brian Hayden at Simon Fraser University, civilization owes its very existence to beer. Hayden says that roughly 11,500 years ago the first farmers planted seeds not to grow crops, but to produce beer. This was obviously before the invention of universities.

I have an idea for a new beer that I think will not only be an instant financial success, but satisfy even the most puritanical of teetotalers. What we need is the manufacture and distribution of a new beer named “Responsibly.”

There can’t be any complaints; even the university has said it would have no opposition to a campus bar if it could trust the students to drink Responsibly.

If Responsibly is successful, it shouldn’t be too difficult to expand the line of Responsible beers by introducing “Moderately” and “Just One.”
Posted by Mark Milliorn at 12:01 AM