In a land a very long way from the Department of Education, there was once a tiny, little school in the middle of Dumb Fuck, East Dakota.  This was a small and old school, very far from just about anywhere.  I would give you directions, but you can't get there unless you get lost.  Twice.

While the school was very small, and everything in it was very old, the school was very modern in its teaching philosophy.  The teacher, though very young, held a prestigious graduate degree in education from the very best university.  She was determined to bring the very best in edumacation to this backward land, and she had brought an armload of standardized tests to prove it.

The desks were very old, the school library was actually smaller than it had been ten years earlier, and chalkboards were the old heavy and impossible-to-erase slate boards, but the school had recently hired its very first social worker and now had two assistant principals.  These professionals stood in the hall and said the word "pedagogy" to each other, while nodding their heads wisely.

And it was true.  No matter when you saw Elizabeth, she was immaculate.  Her shoes were polished and her hair was brushed and she always had clean hands and her fingernails were as perfect as her manners.  Elizabeth always said, "Yes, Ma'am." and "No, Sir." and no one ever had to remind her to say "Thank you."  All the parents loved her.

Naturally, the rest of the kids at school hated her like a toothache.

And the new teacher really loved Elizabeth.  Whenever the school had visitors, the teacher always had Elizabeth stand at the blackboard and demonstrate how to work a math problem or diagram a sentence.  Visitors were always impressed with Elizabeth and never noticed that every other kid in the class was glaring at Elizabeth through eyes that were so narrowly slitted that you couldn't tell their color.

Sometimes, the teacher told the other parents that Elizabeth had a "Type A" personality.  Most of the other kids understood that the teacher was just too polite to finish the sentence, but everyone knew she meant "A-hole."

Naturally, Elizabeth always did her homework on time, always came to school prepared for class, always had her lunch money, and had a perfect attendance record.  No wonder the teacher loved her--and no wonder that every other kid in class hoped she had a violent accident with the pencil sharpener.  Or maybe have that mysterious ailment that the teacher always hinted at when someone ate paste.

Whenever the teacher asked a question, Elizabeth's hand shot into the air for the teacher to call on her.  About a year previously,  a young boy named Billy had also raised his hand a lot--but not any more.  For some reason the teacher and the principal had been overheard whispering about the boy who was good in math.  They had even spelled it so the kids wouldn't understand it--A-D-D, but all the kids knew how to add--and subtract, too.  Since then, Billy had started to take medicine even though he wasn't sick--he was just tired a lot now and spent a lot of time with his head down on his arms that were folded across the desk.  No one paid much attention because Billy was very quiet now. 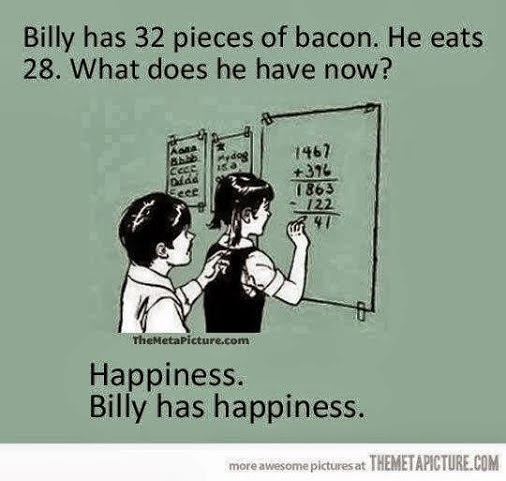 And so it was one day, that the teacher was trying to explain a new math problem--none  of the kids in the room paid much attention, since they knew in advance that, eventually, Elizabeth would be called on to stand at the front of the room.

The chalkboard had been hanging on the wall of that little old school house for years.  The sharp whack of the chalk vibrated the board and the sheetrock screws that been holding the board all came loose at the same time.  Slowly at first, the top of the blackboard separated from the wall and begin to swing out and down, slowly at first, then gathering speed as the massive antique slate board fell on Elizabeth, crushing her to the floor.

All the kids who hadn't done their homework that day watched with wide eyes and open mouths.  All the kids with bad manners were transfixed as the board slowly descended.

Even little Billy thought--slowly--that it was his best day in school since he couldn't remember when.

It is at this point that every fairy tale is supposed to have a moral.  I could beg off, claiming that the narrator is notoriously immoral, but it turns out that this story does indeed have a moral:  There just isn't much demand for good girls, but the best ones know it pays to be bad occasionally.

NOTE.  Have you ever noticed that Elizabeth and its various diminutive forms is the very best name for a female?  Long before you actually meet the woman, you will know almost everything about her just from her name.  Elizabeth is the over-achiever who will catch fire and burn out somewhere in her mid-forties.  Betty is married with two kids and has a part-time job while she finishes raising the kids.  Beth is also married but stays home to take care of the four kids and dreams of someday perfecting her Toll House cookie recipe.  Eliza hasn't been seen since the ice flow broke up.  Betsy sews and plays the piano in church.  Liz is hot and has a charge account with Prada.  LiliBet raises Corgis.  And every single woman named Elizabeth who reads this  will think that all of the nicknames are correct--but hers.

LATER NOTE.  For Pete's sake, people!  I know three different people named Elizabeth and each of them is convinced I am talking about them.  The story is about education... not someone I know.  I guess I could make up names for these stories, but few people want to read about Bzyllrewyn.  Unless they are Welsh.