Cruise ship companies are taking it on the chin these days.  Either the ship runs aground, it catches fire, or the entire vessel turns into some form of weird science experiment where half the passengers are stuck in the head while the other half are hanging over the railing.  I don't remember a single episode of the The Love Boat where the ship turned into the SS Barfetorium, so this must be a recent improvement in tourist accommodations.

Frankly, I don't understand the desire to go on cruises.  By the second day, you are so bored that you either spend all your time at the all-you-swill buffet, or go shopping in a miniature version of Wal-Mart.   Sure, there is entertainment, but do you really want to trust a week of your life to the same kind of people who thought up daytime television shows?

Ted, a cousin of mine (Actually, he's my brother's brother-in-law, but I'm from the south and any relation--no matter how distant--rates at least the status of cousin.), just booked one of those nightmare cruises.  They were supposed to leave from Texas City for a week-long cruise along the Mexican Coast.  Instead, after they boarded, a barge collision in the ship channel recreated a scale model of the Exxon Valdez disaster:  it dumped enough oil in the bay that ships were neither allowed into nor out of port until the mess was cleaned up. 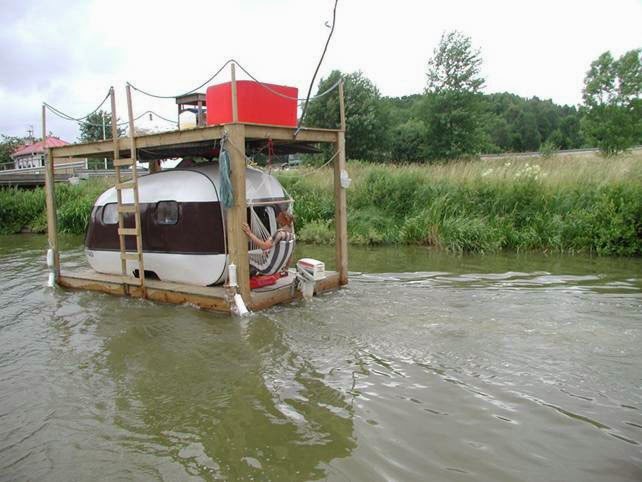 Ted and his wife spent the next four days stuck on a ship-to-quite-literally-nowhere.  No destination ports, no outdoor activities due to the cold weather, and no beautiful scenery.  As a matter of fact, Ted could go out onto his luxurious private balcony and have a majestic view of his parked pickup (a pickup that the ship would not let him visit, since the captain wouldn't let anyone depart the ship).  Ted had been shanghaied.

Taking a ship out of Texas City is not exactly what I would call a lucky omen.   In 1947, the SS Grandcamp loaded with 2300 tons of ammonium nitrate exploded.  When the Grandcamp exploded, it took out the nearby SS High Flyer, similarly loaded.  When these two ships detonated, it was the largest non-nuclear explosion in history at that time.  The Grandcamp's anchor was blown over a mile and a half away.  Taking a cruise ship from this location is the karmic equivalent of taking sail on a ship named after the Titanic.

On the fourth day, fearing a giant mutiny, the captain relented and ordered the press gang to allow the prisoners to escape.  Given a full refund, Ted and his wife fled to their truck.  They also got a coupon good for 25% off their next cruise on the SS No Damn Way.  I get the general impression that Ted is a little less than impressed with the Royal Norwegian Princess Line.

Cruise ship lines have had nothing but bad luck lately.  The Russian liner Lyubov Orlova broke free as it was being towed across the Atlantic to be scrapped.  For roughly a year, it wandered aimlessly, crewed by a horde of diseased cannibalistic rats.  I say roughly because no one knows what has happened to the ghost ship.  Popular theories are that it either sank in February or that it is being blown ever closer to Ireland.  Personally, I think it is on its way to Texas City.  It should be ready in time for Ted's next cruise.

All of this bad press has given me an idea.  Since it is getting harder and harder for the cruise lines to fill their ships, it shouldn't be too expensive to acquire one for use as a great floating location for a reality television show.  Sort of a Survivor meets Love Boat meets Gilligan's Island.  This will definitely be a winner-takes-all show.  And since times are so tough, each season can easily start with a new ship.

This is not a stupid idea when you compare it with all the other reality shows.  I would much rather watch the passengers of a doomed ship fight to survive a germ-infested salad bar than an episode of Amish Mafia.  (Originally, the show was going to be about Baptist Scientists, but focus groups didn't find that believable enough.) 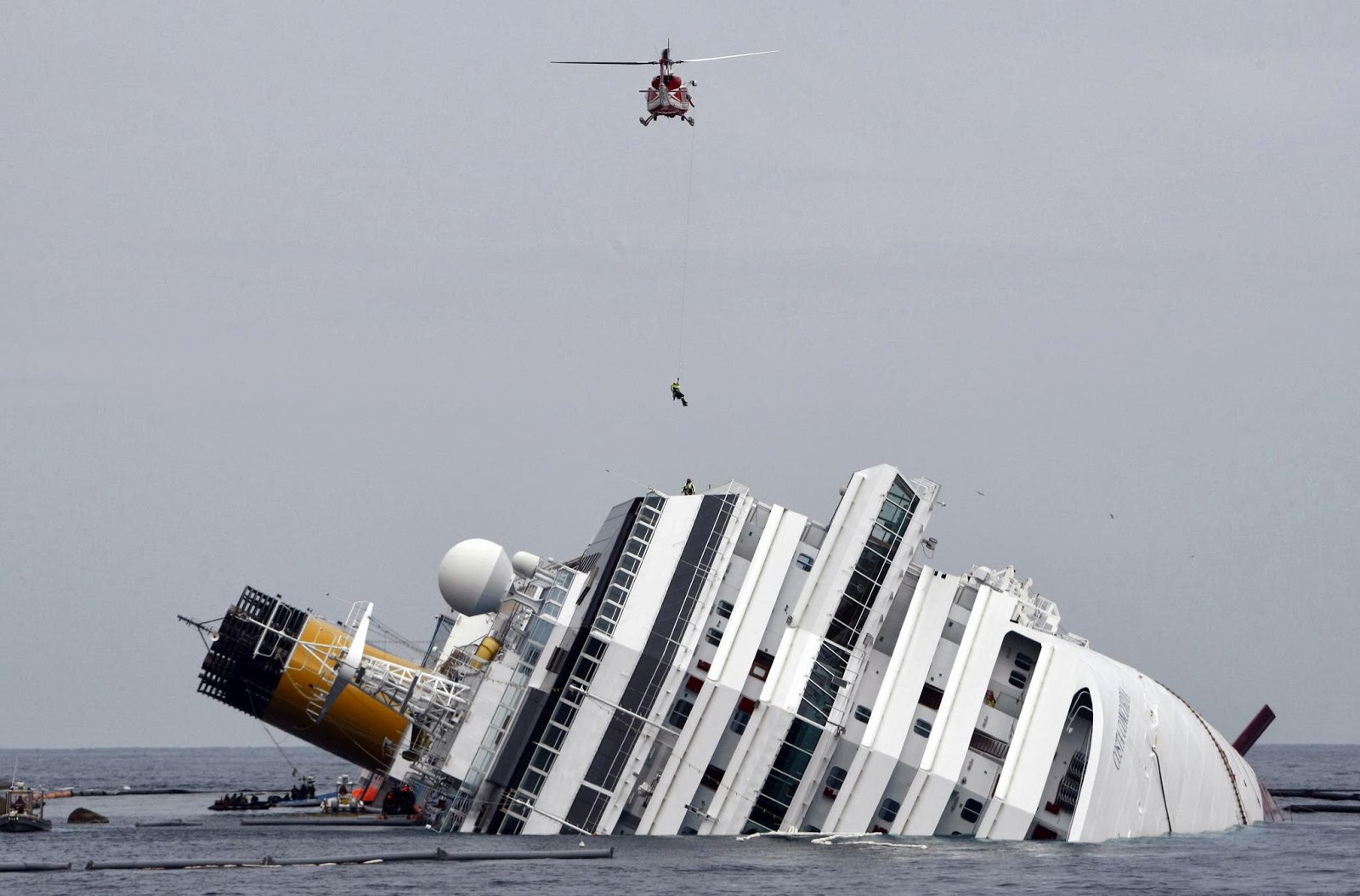 There is almost an endless supply of challenges for the cast.  Can you still fit into your life preserver after two weeks at the buffet?  Will you succumb to the mysterious stomach flu that seems to be coming from the ship's water?  How many newlywed husbands will throw their spouses overboard for the insurance?  Can you escape the man-eating rats before the hepatitis you picked up on the last excursion sets in?

Then, at the season finale, we let Captain Schettino (of Costa Concordia fame) run the ship up onto the rocks while the cast scrambles for an inadequate number of lifeboats.  Survivors who can't find room in the lifeboats are forced to swim for shore past specially imported Australian tiger sharks.