When the first astronauts arrived, they discovered the planet was rich in resources, teeming with a wide variety of life forms and possessed of a surprising amount of water.  These first explorers were startled at how much the planet reminded them of home--especially its blue sky and mild climate.  Quickly, the explorers unanimously decided to call the planet Elysium.

After filing an initial report, the spacemen set up a preliminary base and started mapping the planet.  High orbital satellites photographed the planet while drones were sent out to take samples.  There was much to do before the first colonists would arrive to take the place of the spacemen,  By the time the first permanent dwellers arrived, the spacemen were eager to leave the planet.  No matter how idyllic the planet, troops who had joined the service to spend their careers in space quickly tired of any planet, not matter how beautiful. 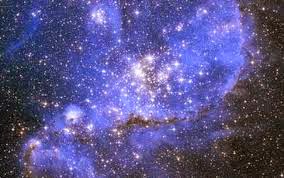 Among the first wave of colonists were specialists in exobiology, astrobiology, agriculture, and mining.  Luckily, most of the plant and animal life was already compatible with the the colonists dietary needs--unlike on so many previous worlds where the colonists found none of the indigenous life forms edible.  Luckier still, was the surprising discovery that almost no terraforming would be necessary.  While there were some large toxic areas that would have to mapped, marked, and eventually cleaned up, most of the land mass of the planet was already suitable for habitation.

Still, there were certain crops and livestock that needed to be introduced--if for no other reason than to make sure that  the new colonists felt "at home" on their new planet.  Introduction of alien life forms to a new planet was risky, and had to be done gradually.  The exobiologists had to work carefully to avoid disaster.   Everyone remembered an earlier occasion on a far distant planet, when a single strain of bacteria--eventually traced back to a variety of fowl they, themselves,  had introduced to the planet--had aggressively multiplied and totally wiped out all the indigenous life forms.  While the planet was still habitable, the accidental extinction of so many native life forms was considered an unforgivable ecological disaster.

Not that all existing forms of life on the new planet would be kept forever: after study, classification, and collecting the DNA of some life forms, it was expected--even necessary--for some species to be eliminated outside of a few specimens kept in special game preserves and research labs.  Some life forms, from the largest and dangerous down to microbes would have to be exterminated.

In other cases, the simple competition for resources and space would mean the extermination of some life forms.  Large animals that required extensive habitats, especially if located in close proximity to mineral deposits, were usually the first to disappear.  A species that might require hundreds of square kilometers per animal was inevitably destined to be sacrificed by the needs of a technologically advanced civilization.

This was especially true for species that had limited intelligence.  Bitter experience on other worlds had shown that the higher the intelligence of a species, the more tenuous its ability to survive the shock that the introduction of new species inevitably produced.  It seemed to be a universal constant that the hardest species to exterminate, the most resilient, were rodents and insects.  These species always seemed to quickly adapt to living near the colonists.

At the earliest contact by the exploring spacemen, it had been known that a species of animal on this planet had a form of limited intelligence.  From the time of the first wave of colonization, anthropologists and exobiologists had begun frantically working to gather as much information about this species as possible.  The scientists and colonial leaders had all agreed to try and collect as much data as possible about this species, since sadly, they had also reluctantly agreed that its eventual extermination was inevitable.

Sadly, within a few generations after the arrival of the new settlers, this semi-intelligent species was extinct.  While much of the data collected on the species would eventually be studied by future generations of scientists, most of the colonists knew very little about the planet's original inhabitants.  Even the official record had only the briefest of mentions:  "The inhabitants of the third planet around the yellow star called themselves 'Men.'  They tasted like chicken."
Posted by Mark Milliorn at 12:01 AM