The two old ranchers sat on the front porch of Mike's house, where they had a good view of the Brazos River two hundred feet below the high point of land where the house was located.  They were enjoying the end of the weekend by playing dominoes and drinking sweet tea.

"My son, Matt, brought us a new movie to watch," Mike said.  "The Lone Ranger.  Damnedest thing you've ever seen.  They had that horse, Silver, running on the roof of a train."

Mike wrote down the points, then said, "The hero's horse always survives.  He has to ride off into the sunset during the credits." 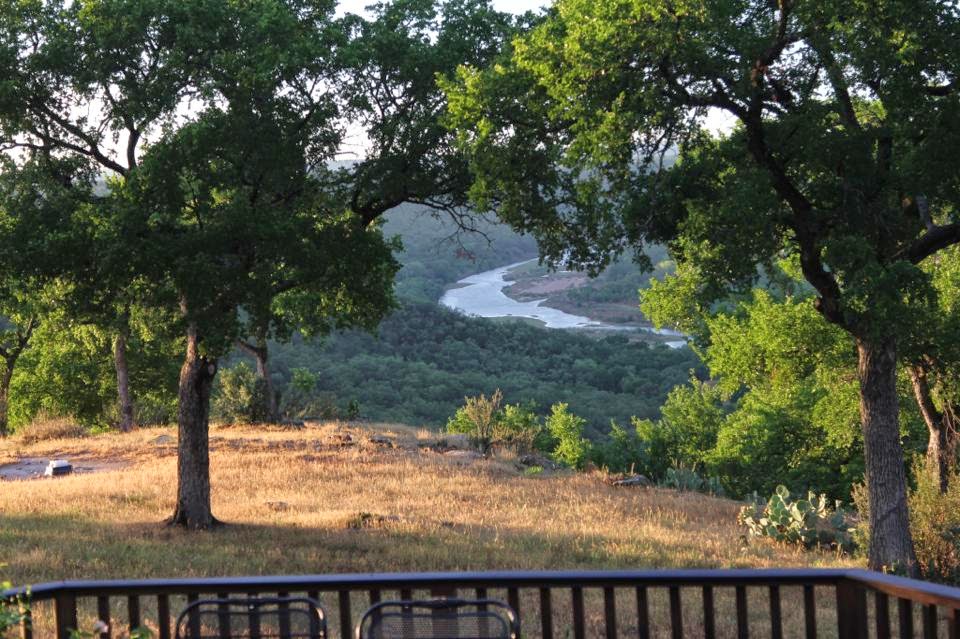 "The horses in these movies don't get much attention any more.  Used to be that the horses were half the show.  Now, the only time they even mention the horses is at the end of the movie when they tell us that none of the animals used in the movie were hurt.  Damn, I'm going to have to draw half the bone yard before I can play."

Mike placed a domino and said, "Twenty points, thank you for the four to play on.   Used to be that the cowboy smiled at the schoolmarm and kissed his horse.  Now, you hardly see the horse and the cowboys kiss each other.  You know, the Lone Ranger's first horse wasn't Silver.  On the radio program...first, he had a horse named Dusty, then he got Silver.  And Tonto rode White Feller before he got Scout."

"And some horses had more than one cowboy," Kent said.  "That big buckskin that Marshall Dillon rode—Buck—was the same horse that Ben Cartwright rode on Bonanza.  I guess they time-shared it."

"Twenty-five," Kent said, as he turned his dominoes up.

Mike wrote down the points and said, "Your shuffle.  Did you know that the Lone Ranger's horse  was the same horse that Gerald O'Hara was riding in Gone With The Wind when he broke his neck?"

"Nope, never knew that," Kent said, as he drew seven dominoes.   "Did you know that John Wayne had two horses named Dollar and Dollor?  Ol' Dollor got an honorable mention in Wayne's last movie, The Shootist.  Truth is, Wayne never really liked riding horses.  He claimed he never rode a horse unless he was paid for it.  You gonna play?"

"Double five," Mike said.  "When Wayne started out, he had to share his billing with a horse called Duke the Miracle Horse—his horse was called Duke before he was.  Tom Mix had Tony the Wonder Horse and Hopalong Cassidy rode Topper."

Mike pointed at the double five and said, "Well, he was only in one movie, but Pancho Villa rode a horse called Siete Leguas."

"Well, if you're gonna get historical, Alexander the Great had a horse named Bucephalus.  Five points and out," said Kent as he played his last domino.

"You get ten off me and you won the shuffle.  Caesar rode a horse called Toes while he conquered Gaul."

"Hard to beat Little Texas," Mike said.  "Did you hear about the Baptist preacher that was out fishing along the Brazos River and he happened to drop his favorite bible on the river path?  Three days later, a horse walked up to him carrying his bible in his mouth.  The preacher got all excited, fell to his knees and exclaimed, 'It's a miracle!'  'Not really,' said the horse.  'Your name is written inside the cover.' "

"It's too dark to play, anymore—I can't see the spots on the bones," said Kent.  "But, I got one more for you.  Years ago, I had this special quarter horse.  This Yankee came down and fell in love with it, he just had to have it.  He offered me so much money that I went ahead and sold it.  The Yankee jumped up on the horse and yelled, 'Giddyup!'  The horse didn't budge, so I explained that this was a Baptist horse and it wouldn't move until you said, 'Praise The Lord!' and it would't stop until you said 'Amen!' "

"Well," continued Kent.  "That fool Yankee screamed 'Praise the Lord!' and the quarter horse took off like a stabbed rat, running straight for the bluff overlooking the river.  That Yankee was screaming and yanking at the reins until the last possible moment when he remembered and hollered 'Amen!' and that horse slid to a stop just inches from the edge of the bluff!"

"Then what happened?" asked Mike.

"Damn fool looked up to God and whispered, 'Praise the Lord.', said Kent.