The two old ranchers, Mike and Kent, were mending a barbed wire fence along the highway.  Well, mostly they were talking about nothing much.  Both of them were moving as slow as lame mud turtles, but it wasn't exactly like either of them was on the clock.  No, at their age, they were "gentleman" ranchers.  Or, as they say in Texas:  "Big Hat-Small Cattle."

"Did you get the name of the idiot who broke the barb wire," Ken asked.  The top two strands of the wire fence had snapped.  It wasn't hard to figure out how this had happened, as the skid marks on the road led to the muddy ruts that stopped within four feet of the fence.

"No," Mike answered.  "Some damn fool went around that corner too fast and skidded off the road into the fence.  I guess he didn't think that the chance of a steer getting out and wandering onto the highway in the dark was a problem he should report." 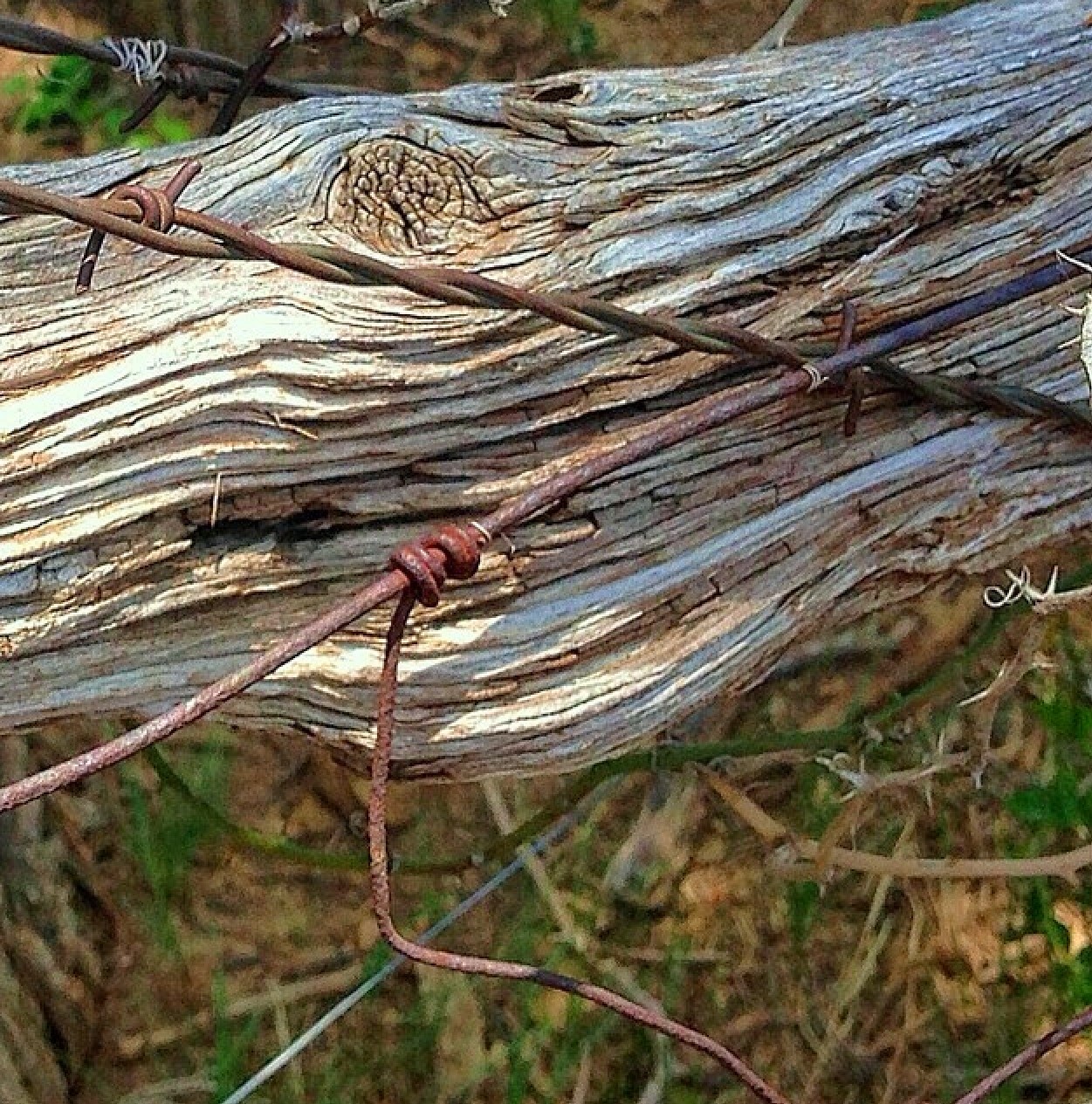 "I suppose it was some damn fool teenager racing down the road in the dark," said Mike as he carefully used the fence pliers to untwist the broken ends of the wires.

"Ah yes, the Flower of American Youth," Kent said as he slowly worked the come-along until the fence wire was taunt and the post was upright again.

Kent pulled off a leather work glove and stared at a red welt on his thumb.  "Damn," he said.  "Why is it you lose the good gloves immediately, but the ones full of holes hang around forever?"

"Maybe you ought to buy gloves that cost more than $2 a pair," answered Mike.  "Good gloves are kind of like oats.  Good fresh oats are fairly expensive, but if you'll settle for poor quality--the kind of oats that have already been through the horse once--they come a mite cheaper."

"Hey, that reminds me, did you hear that Ol' Gertie, Bill Lloyd's mother-in-law, was buried last week?"

"No.  Hadn't heard anyone mention her in a month of Sundays, not since she went to live with her son, George, over in Azle.  Hand me those sleeves next to your foot."

Kent bent over and found the paper bag of wire sleeves in the grass and handed it to Mike.

"Never saw a mother-in-law who will be missed less.  That woman was equal parts mean and nasty," Mike said as he reached into his back pocket for the fence pliers. 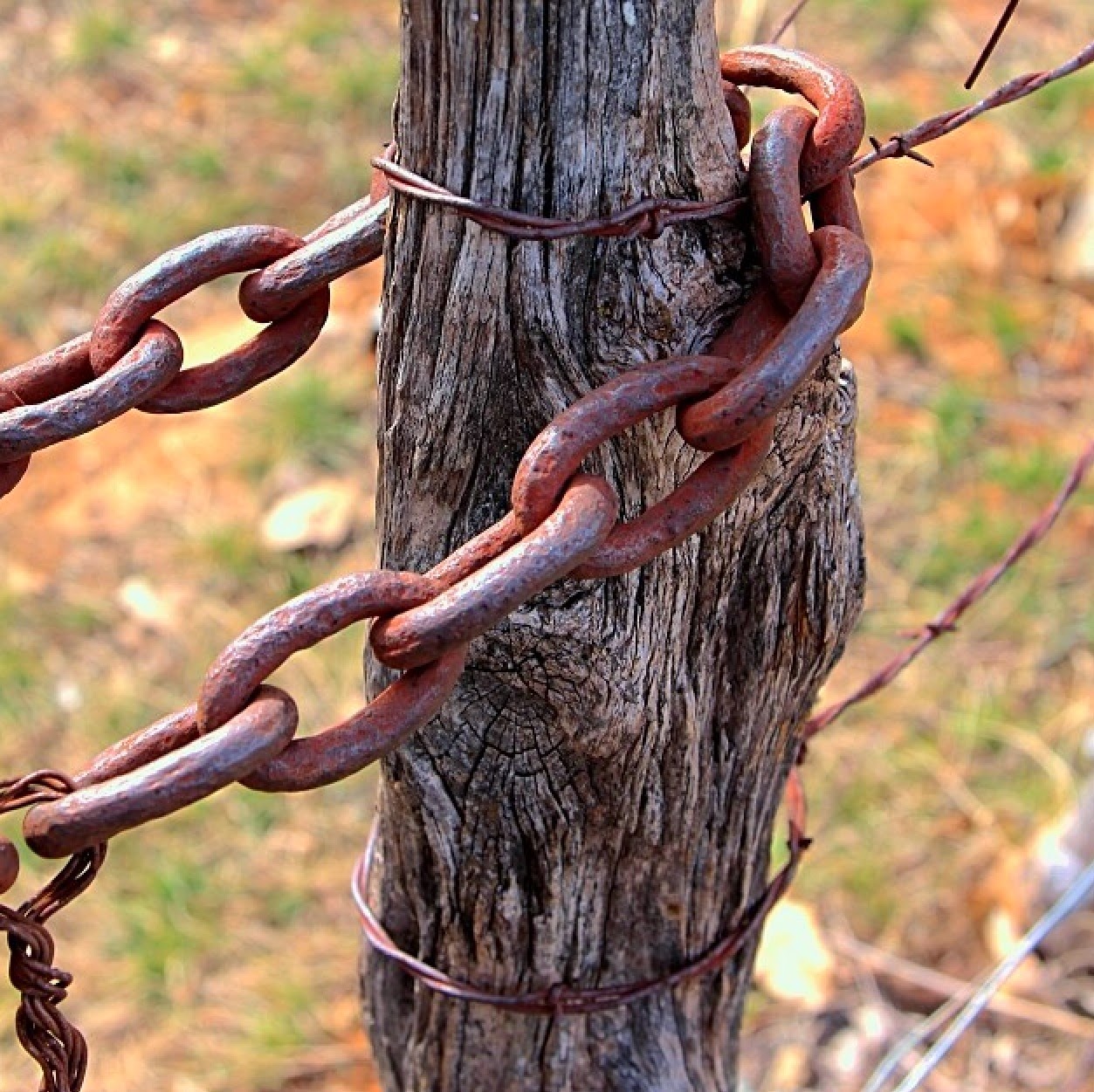 The fence sleeve was a small metal cylinder, and once the strands of wire from both sides of the break were inserted through the sleeve, and the wires bent backwards, the pliers could crimp the sleeve flat, making a permanent repair.

"Yeah, I heard living with her other child didn't improve her disposition any.  No matter where she went, she was about as welcome as a skunk at a prayer meeting.  Want me to ease the tension on the come-along?"

"Yeah," Mike answered.  "Back it off about half a foot and let me make sure the tension's the same on each side of the post.   You know, it didn't help any that she didn't have the brains God gave most bait.  How' did she die?"

Kent eased the tension on the come-along and the post moved neither left nor right,  but continued to point straight up.  "Looks good to me.  She was chasing her fool cat through the corral and George's mule kicked her in the head."

"Surprised it killed her!  I didn't think there was anything under her bonnet but hair.  I think this fence will hold--at least long enough for it to be my son's problem when it breaks," Mike said.

"It was a real big funeral.  Must have been two hundred people come from all over the county.  Bill said people he didn't even know drove up from Stephenville," Kent said as he unhooked the come-along from the pickup truck's trailer hitch.

"That's a surprise," Mike said.  "She couldn't have had that many friends.  You don't suppose people were coming to make sure she was actually dead?"

"Nah," Kent replied.  "According to Bill, most of the men who came just wanted to buy that mule."