Dog Days on the Brazos

Mike rode out of the yard and down the dirt road leading to the state highway, accompanied by his dog, Steel.  The dog liked to follow the old rancher on his rounds, usually "following" him by staying about 50 feet in front of Mike.

This always upset Mike--he didn't like to believe that he was so predictable and set in his ways that even the damn ranch mutt knew what he was going to do, so every few minutes he would turn the horse sharply to the left or right and force the to dog race to catch up.  It was a short-lived victory however, since the old rancher was about as impulsive as a stalagmite.  About the time Steel had caught up with the horse and rider, Mike would turn the horse back to the original course and the dog would rocket back to his original position in front. 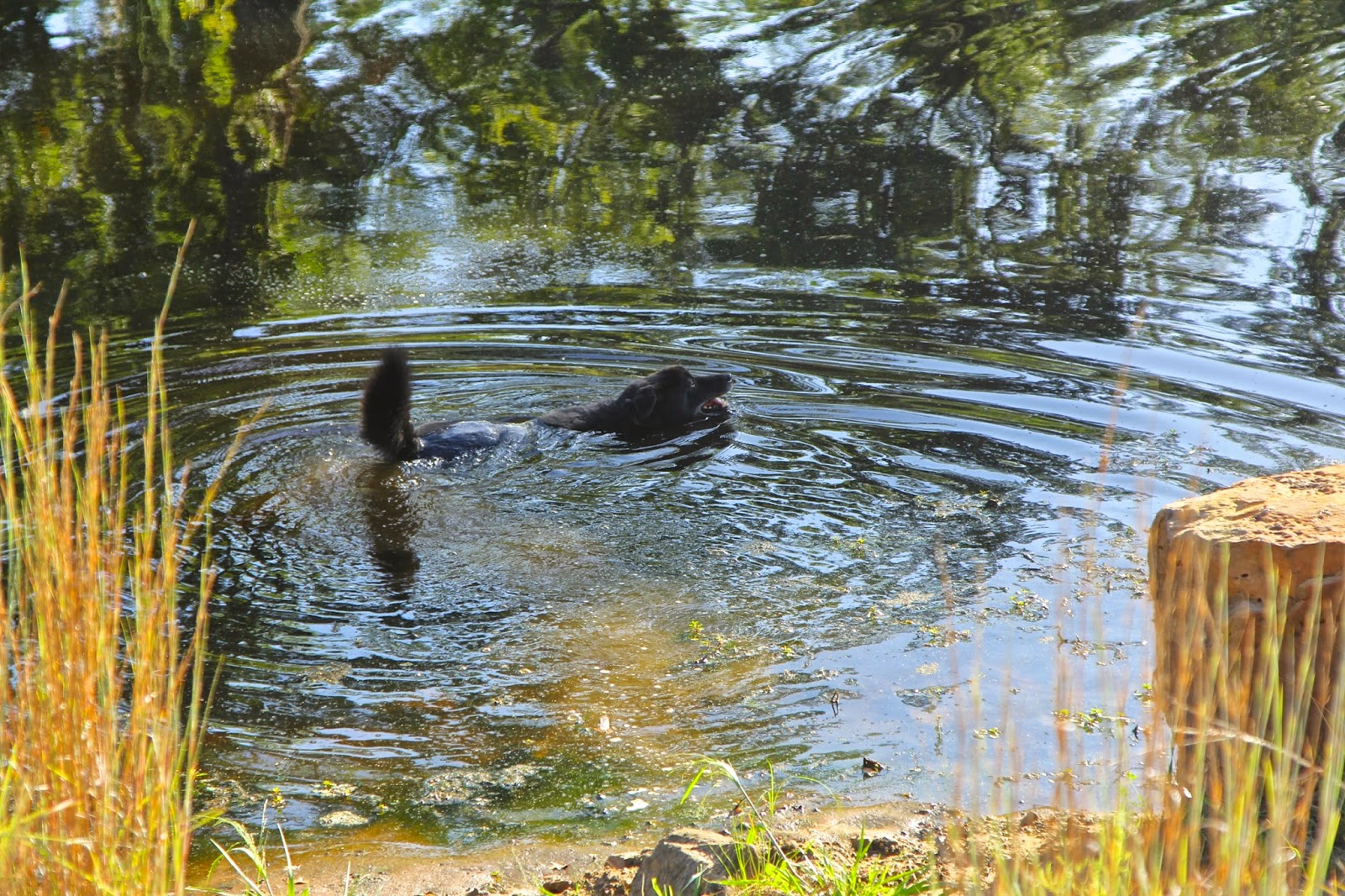 Mike caught up with the dog at the fence line as he carefully guided his horse over the the wide planks laid over the cattle guard.  Steel wouldn't get anywhere near the cattle guard, but would elect to crawl under the barbed wire fence.  Ten years earlier, while just a puppy, he had attempted to run across the cattle guard and his legs had fallen between the pipes, leaving the poor dog to painfully fall on his stomach and bang his nose.  Even after all these years, you could not have forced that dog to cross over the cattle guard if you had pulled him behind a tow truck.

At his age, the old rancher had few regular chores on the ranch.  He would go out daily and check on the cattle, ride along a section of the fence, check the water level in the stock tanks, and then do whatever odd jobs needed his attention that day.  Some days, he thought the only really useful things he did were count the cattle and exercise the dog.

As the old rancher was riding along the fence line, he had to stop while Steel measured the depth of the stock tank by going for his daily swim.  While Mike was waiting, a car coming down the road slowed and pulled over to the easement.  The door of the sedan opened and a woman stepped over to the fence and called to the rancher.

"Hello," she said.  "Is that pretty barn down the road yours?"

Mike noticed that the car had Illinois license plates.  Ever since some damn travel magazine had published an article about the "picturesque ranches along the Brazos River" there had been a steady stream of camera-toting tourists.  The rancher could tell from the direction the woman was pointing that the building in question wasn't even a barn, but a galvanized metal building the county road crew used to store heavy equipment.

The old rancher got off his horse, turning his head to hide a smile.  Reins in hand, he walked over to the fence.  If there was a chance to pull the leg of a Yankee tourist, Mike would postpone all other forms of entertainment.

"Are you a cattle rancher?" she asked.

"Oh, yes mam," he answered truthfully.  "And I have the empty bank account to prove it."

"It is so pretty here.  Does your ranch have one of those cute western names?" the tourist asked.

All at once, Mike remembered a joke so old that his father had told it to him.  The only question in Mike's mind was whether he could keep a straight face while he repeated it.

"Yes mam," he said as he took his hat off with his other hand.  "It took my family a long time to agree on a name.  My wife Barbara wanted to call it the Bar-B, but I thought that was a serious case of the cutes.  I liked the Lazy-M, my son Andy wanted to call it the Rocking A, my son, Matt lobbied for the Double-T, and my daughter Megan demanded we call it the Flying G.  Eventually, we all compromised and just called it the Bar-B-Lazy-M-Rocking-A-Double-T-Flying-G Ranch."

"My goodness," said the woman.  "And where are your cattle? I don't see any."