A New Idea For An Old Method

Hardly a week goes by but that I see a post on Facebook about how if there were fairness in the world, teachers would be among the professions receiving the highest salaries.  Usually, this includes a reference to the beloved children they teach.  Teachers who have the future of our children in their hands should be rewarded more than basketball players are....And so forth.

Having recently retired from teaching myself, I admit that I am a little conflicted:  while I would have loved to have had a larger salary, I’m also aware of how a free market works.  Salaries are based on the same inflexible market rules as everything else and are a function of supply and demand.  Unfortunately, teaching salaries are low not because of brainless school boards, ignorant state legislatures, and mindless school administrators.  (Though all three are indeed brainless, ignorant, and mindless.)

Teacher salaries are low because there is an overabundance of people who are willing to meet the extraordinarily low bar required to teach.  Simply put, damn near anybody can get a job teaching.  Licensing is a little complicated, the amount of paperwork is damn near overwhelming, and the pay is assuredly low, but the actual education levels required are lower than you might think.  If you have a college degree in anything...you can probably get a job.  Regardless of what your degree is actually in... you can probably get a job teaching anything you want.  While the introductory job may not be located someplace you really want to live, there are jobs available.

I suppose this would be a great place to issue the usual caveat.  Some teachers are wonderful, hardworking, dedicated and effective teachers.  I’ve had many of them in my classroom at Enema U, and I still regularly hear from many of them.  Unfortunately, I also had many semiliterate education majors in my classroom who graduated, got jobs teaching, and must be boring students to death daily.  Worse still, the latter far outnumbered the former.

To put this really plainly, education majors, on average, earned lower grades in my classes (and in those of my colleagues with whom I discussed this) than did any other major group.  If you thought that distinction was reserved for athletes—well, let’s just say if it weren’t for the women’s sports, you would be right.  (This is why the Athletic Director always speaks of the grade point average of all the teams combined.  I have always suspected that openings on the women’s volleyball team are based more on an SAT score than on the speed of a serve.)

The Education Department is swamped with majors.  Well-meaning students who have been taught from birth that they must have a college education but who have no clear plan for a career, simply drift into education, aided perhaps by the low requirements of the program.  If they required that majors take college algebra, I suspect that the ranks would be thinned out quickly.  (And they would probably end up in Criminal Justice or Sociology.)

Many students have told me that the coursework was easy, with little reading, and that purchasing textbooks was frequently simply a waste of money.  More than one student has reported passing classes that he had stopped attending and had forgotten to drop.  Nor is it an accident that the Dean of the College of Education used to frequently brag that his students had the highest grade point average on campus.  (Since most of the classes required for an education degree are taught within the college, it’s not surprising).

After a particularly good lecture, it is not uncommon for students to approach the professor and ask about changing majors.  While it might be sudden burst of passion for a new field, frequently the real cause is nothing more than an desire to escape from a boring major that the student never really cared for.  One student told me he was changing majors because he was tired of being the smartest person in the room.

Yes, I’m a little critical of the field of education, but I have a suggestion.  Actually, my suggestion is not new, but is something really old:  I think teachers should try collective bargaining.

Yes, I know there are already teachers’ unions.  They are everywhere and they are the black hole of education, sucking in everything good—including light, reason, and logic.  While they are great at politics and at getting themselves in the press, the only people they do less for than their own members are the students. 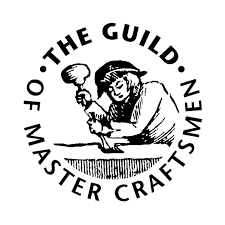 I propose that teachers organize a guild.  Guilds are the centuries-old method for artisans and small manufacturers to collectively protect themselves and their trade.  While unions are usually comprised of employees, guilds mostly admit independent contractors and artists.  These latter traits perfectly describe teachers.

While teachers are technically employees of a school district, as soon as they enter that classroom, they are monarchs in their own kingdoms.  For as long as the class is in session, they are totally in control of their workplace.  No artist has more true independence than a teacher standing at the front of a classroom.

Guilds were formed, in part, to restrict membership to those who were worthy, thus upholding a level of quality that guaranteed members received maximum compensation.  Guild members reviewed the work of apprentices, guided their training, and voted on whom to allow to enter.  They worked together to weed out the incompetent and to set high standards for those who remained.   All of which is exactly opposite of what the teachers’ unions do.

The number of guilds expanded when trade expanded and increased the demand for quality goods.  One of the roles of guild members was to insure that even as the number of members increased, the quality of the work did not diminish.  Unions did not really begin to form until the industrial revolution produced large quantities of unskilled laborers.

There are still guilds out there.  Hollywood has guilds for writers and directors.  Their level of pay remains high and they are restrictive as hell, only allowing the best to join their ranks.

While the union wants the maximum pay for their members, they are more interested in increasing and protecting jobs of their members, than concerned with the quality of their work.  A guild member’s job protection lay in his laboriously learned skills, not in the collective actions of relatively easy to replace union members.  Teachers need to realize that market forces will continue to control their salaries—not unions or administrators or politicians.  If they want to change this, they need to change the market.

Good teachers have more skills, frequently possess graduate degrees, and usually have quite a few years experience.  For a guild to really work, teachers need to start working on a method of weeding out the incompetent, rewarding the good and removing the bad.  They should embrace teacher testing, continuing education, and peer review.  Teachers should demand that all teachers have a content degree.  (That means to teach math, you need to have a math degree.)

It would take time, but if teachers want to receive the compensation that can only come with quality work, they need to stop being employees and start being artisans.
Posted by Mark Milliorn at 12:01 AM