Who Wants To Be A Grandfather?

Suddenly, and without much warning, I seem to be a grandfather. My son, The-Other-One, not What’s-His-Name, has managed to find a shortcut. Instead of adhering to the Brady Baby Bill with the mandatory nine month waiting period, he found a loophole and started dating a young woman with a three year old daughter. The child is tiny, like her mother, The Leprechaun.

I have to admit the child is adorable. Cute, smart, loving, and already house broken. Unfortunately, I’m not sure that I am ready to be a grandfather. There was a time when I wanted a lot of children, but 30 years later, I can no longer remember why. Unlike Angelina Jolie or Madonna, I have absolutely no desire to collect the entire set.

The Munchkin has provided me with several educational moments. Just last week, she informed me that as she was too young to be an adult, she was a “little-dult.” 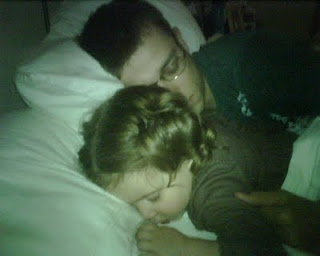 And I have learned an awful lot about children’s clothes. Thank God I had boys. Boys will wear a paper sack if you cut holes in it for their legs, but little dresses for a three year old cost more than the clothes I wear to work. I remember an August a few years back when both boys and I needed back-to-school clothes. From the house to the mall and back home in under an hour, we had shirts, Levis, socks, and underwear for all of us and still had money for a pizza. We only had to go to one store; Sears. My motto: Buy your clothes where you buy your drill bits.

Evidently, clothing shopping for girls of any age requires the logistical support of a D-Day landing, a trip to every store in the county, and cost as much as my first car. I had no idea that a three year old girl needed jewelry. Mark my words; the first company that introduces a line of cosmetics for toddlers will reap a fortune.

I confess most of the problems are caused by me; it seems that you can’t raise little girls the same way you do boys. With little girls, you’re not supposed to cuss, threaten an ass-whipping, or teach them to shoot craps. The consensus around the house seems to be that if I had raised a daughter she would have turned out to be a sadomasochistic psychotic whore. Maybe so, but I bet she could make a decent martini.  (Both boys learned quite early to make a great martinin, but they never understood why I had them go outside to the far corner of the yard and whisper, "Vermouth."  I like a VERY dry martini.)

With the boys, I tried constantly to fill their heads with nonsense and bullshit. No question was ever answered truthfully, and story time was always a challenge to everyone’s imagination. When cooking, I used food coloring to dye every meal into outrageous colors. For a while, the favorite meal of both boys was a dish of my own invention; Monkey Blood Chicken. Rare was the breakfast without Green Eggs and Ham. Ours was the only house where Dr. Seuss was a cookbook.

Now, suddenly, this is frowned on. The Leprechaun doesn’t like it when I tell the story about Curious George and the Electric Fence. I’m not supposed to say that raspberries are actually blood clots. And personally, I thought it was hilarious when I had the Munchkin searching the house for our new pet, the Mexican Barking Spider.

I will admit the little-dult is adorable. She climbed into my lap and asked me if I would be her Grandpa Mark. I was so touched; I told her the story, Mr. Fork Marries Miss Electric Outlet.
Posted by Mark Milliorn at 12:01 AM