Yesterday, I was reading the local newspaper and came across the obituaries. Yes, I know what you are thinking: once again it was a miracle, everyone died in alphabetical order.

Newspapers never print the last words of the deceased. And this is a shame, for some last words seem to encapsulate a person’s whole life in just a few words. Queen Elizabeth had some very sobering last words, “All my possessions for a moment of time." Probably the most truthful dying words of all time.

Shot as he drove home from visiting his mistress, Pancho Villa said, “Don’t let it end like this. Tell them I said something important.” Even after his incredible life, at the end, he had nothing really to say. 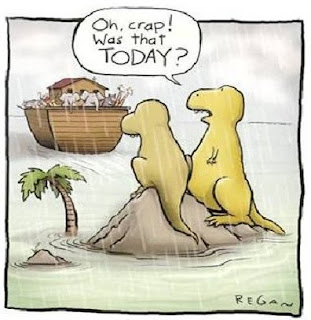 Of course, sometimes the irony simply drips. During the Civil War, at the battle of Spotsylvania Courthouse, General John Sedgwick said, “They couldn’t hit an elephant at this dist…” Pity he wasn’t an elephant, for a Confederate sniper’s bullet killed him before he could finish the sentence.

Food seems to be on the mind of some people as they die. Lou Costello, the obese half of the comedy team Abbott and Costello, said, “That was the best ice-cream soda I ever tasted.”

Or take the last words of Kit Carson, the famous explorer of the great southwest; “I wish I had time for one more bowl of chili.” I’m surprised this hasn’t been used in a TV commercial for Wolf Brand Chili.

Lots of dying words involve alcohol. Everyone knows of at least one teen-aged flower of American youth (blooming idiot) who, shortly before dying spectacularly, said to his friends, “Hold my beer and watch this.” This happens often enough in the South that it is a rite of passage.

But alcohol also figures prominently in the last moments of, for lack of a better word, normal people. Humphrey Bogart’s last words were, “I should never have switched from scotch to martinis.” Or take the example of Dylan Thomas: “I’ve had eighteen straight whiskies. I think that’s the record . . .”

But these words only tell part of the story. What happened after these words were spoken? Why was the person dying? Imagine how much more interesting those obituaries would be if the newspaper would tell how the deceased died? Remember the golden rule of blogging: Bad Decisions Make Good Stories.

Let me tell you how Jack Daniels died. Yes, that Jack Daniels. I leave it to you to imagine why, but Jack couldn’t remember the combination to his safe. Eventually he was so frustrated that he fetched the safe a great rattling kick. This didn’t faze the safe much, but it injured Jack’s toe, and within a few days he died of blood poisoning.

And what were Jack’s dying words? “One last drink, please.”

Every now and then, someone’s dying words almost predict their own death. Take Isadora Duncan for example, who some have dubbed the ‘Mother of Modern Dance’.

This talented and beautiful woman died in a freak accident in Nice, France. She was known to wear long, flowing scarves that would often be seen flutter behind her in the wind. On her last day, her friend picked her up in his convertible, and she said to her friends, "Adieu, mes amis. Je vais à la gloire!" (Goodbye, my friends, I am off to glory!). As the car raced off, her scarf became caught in the car’s wheel spokes. Isadora died instantly from a broken neck.

“Honey,” the dying man gasped. “I want to confess something to you. I slept with both your sister and your mother.”

“I know.” His wife answered. “Now lay still and let the poison work.”
Posted by Mark Milliorn at 12:01 AM