In a blow to the nation’s churches, today the Supreme Court upheld a ruling by the 9th Circuit Court of Appeals that supported a successful damages suit brought against Harold Camping and his nonprofit organization, the Family Radio ministry.  Camping, who had convinced thousands of believers that the world would end on May 21, 2011, was found financially liable for losses incurred by his followers.  Millions of dollars were donated to Camping, enabling him to spread his prediction of an imminent Armageddon. 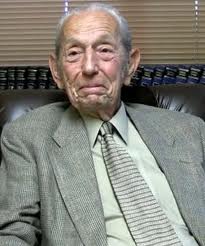 Unfortunately, many of these followers quit their jobs, sold their homes, and gave away their belongings, secure in the knowledge that the worldly possessions would not be needed after May 21.  As one of Camping’s former followers stated, “We had an understanding--a whatyamacallit--a verbal contract.  He said we wouldn’t need that money.”  Within days of the failed prediction, lawsuits were filed against Camping and his network of radio stations.

Camping’s lawyers tried to convince the court that the radio ministry was not responsible, using arguments that some newspapers labeled “the creepy senile old man defense.”  Almost immediately after these arguments became public, the Catholic Church filed an Amicus Curiae brief.


A particularly damning testimony came from Camping’s own bank, which revealed that Camping was still accepting donations by credit card within hours of the time of predicted Apocalypse.
Writing for the majority, Justice Ginsberg said, “I do not think it is asking too much for a faith-based organization to exhibit a little faith in its own faith.   When you’re wrong, you should pass the plate in the other direction.”


In a minority opinion, Justice Antonin Scalia wrote that this decision would be disastrous for religious organizations across the country.  “This decision by the majority--a bunch of secular humanists--would have prevented the Bible from being written in the first place.  Noah wouldn’t have built the ark: he would have just purchased flood insurance.”
Almost immediately, the market responded to the news.  AIG, the troubled insurance company, announced a new spinoff company; Mutual of Purgatory.  Several churches announced plans to buy religious malpractice insurance (the nation’s few Mayans wanting their policies to begin coverage in January of 2013).


Zondervan Publishing, the world’s largest Christian publishing house, announced that starting immediately, a warning label will be added to the bibles: “The Publishers are not responsible for the translation errors of King James.  This work is allegorical in nature and any resemblance to actual people, living or dead, would be miraculous.”