The Lighter Side of a Heart Attack

Okay, it has been a month, and seriously, I'm doing fine.  I'm now doing so much better that I hardly even need a nap after putting on my pants in the morning.  The drugs regularly make me think I am Hercules, only to discover that putting on my socks is a task fully equal to cleaning the Augean stables.

Heart attacks, and the resulting quintuple bypass procedures, are probably not that much fun normally, but I had great docs, good drugs, and some awesome hallucinations.  If you couple this with the fact that I have absolutely no medical knowledge whatsoever (meaning I misinterpreted every single thing that was happening around me), some of the events, in retrospect, are rather funny. By the time I was safely in the ambulance, both the oxygen and the nitroglycerin were working fine, and strangely, I was feeling pretty good.  I was strapped to a gurney, and for some reason, I started giggling.  As the ambulance left the university Employee Health Center (which the trolls that pass as administrators at Enema U did indeed close down while I was in the Cardiac Care Center) I suddenly got a text from my brother about something he was doing.  This struck me as hilarious, so I used my phone to take a selfie so I could show him what I was doing.  At right, is the only self photo I know of taken by a guy having a heart attack.

If you know the geography of Enema U, you can probably tell that the ambulance is actually driving away from the hospital, heading due west, instead of east.  I pointed this out to the driver, who informed me that he was following GPS instructions.  They were very nice people, who undoubtedly helped save my life that day, so it would be rude of me to point out that the $500 bill I received from the ambulance company includes charges for mileage.  Oh, well!

I don't remember much of the rest of that day.  Lots of people earnestly explained things to me that I understood not at all.  I agreed to anything that was asked of me, confident that my wife, The Doc, understood all the things that I could not comprehend and would prevent them removing anything I might need later.  What do people who aren't married to surgeons do when they go to the hospital?  Whenever somebody asked me a question, I answered, "I had a boo-boo."  Then I would listen to my wife talk for five minutes straight while I understood not one  single word.  This didn't seem to matter to anyone, since usually the only substantive thing people asked me, repeated endlessly, was, "Can you tell me your birthday?"

I think I was sedated pretty good:  my last clear memory before the operation was wondering why the room was so cold, then they told me they were about to start the operation.  "Remember," I told no one in particular,  "I haven't paid anybody's bill yet."  Then I lost a day. 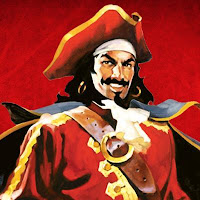 The Cardiac Care Unit was actually rather pleasant, people there were excellent and took great care of me, and the hallucinations were fantastic.  At no time did I believe that any of the weird shit I saw was actually real, but I was highly entertained.  Lots of things in the room kept moving: there was a menagerie of furry animals, and people who weren't actually there came to visit (Mary Wolf, frequently).  At one point, I vividly saw Captain Morgan walk through the room.  I have no idea what those drugs were, but I finally understand the meaning of "Better Living Through Chemistry". 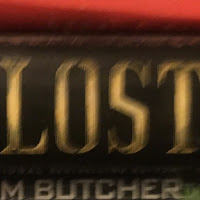 The hallucinations persisted for a while, even after I got home.  For some reason, one particular book seemed to constantly leave a bookcase and move around the bedroom.  Finally, it was so distracting that I had to ask The Doc to hide the book to make it behave.  She thought it was hilarious that the book turned out to be Gregory Maguire's "Lost".  If you have read the book, this is a little creepy.

I had the best student nurses.  I really mean that!  This must have been their first week and they treated me like I was made of eggshells.  They spent at least half an hour putting the telemetry lead patches on my chest.  It was obviously their first attempt at this, since even I could tell that they were placing them wrong (each round patch had a picture on it indicating where it was supposed to go).  I kept mum as they put each patch in the wrong spot, but later, the nurse and I had a good laugh about it.  I wonder what the EKG would have reported if they had actually run it with the leads on weird.

Every experience should be a learning experience, and this has been no exception.  I've learned that hospital food is designed to make you leave the hospital as soon as possible.  I can now prove that late night television is much worse than daytime television.  Most important, I now believe that medical marijuana should be legal and nitroglycerin should be sold in vending machines, but prune juice should require a doctor's prescription.

I'm much improved and I'm home now, but—unfortunately—I'm off all the good drugs now, while they wait for..."something" to stabilize (ask the Doc—she knows!).  In some form of karmic fulfillment, the only drug I am currently taking is...rat poison.  Well, they call it Warfarin, but I lived on Galveston Island for seven years and they used it there to kill wharf rats on the docks.

I'd look into this, but I'm afraid I might find out it is something my wife arranged.

While I wouldn't actually recommend a heart attack, I can still testify they are more fun than some of the faculty meetings I have suffered through.  Those seemed unreal, but unfortunately weren't hallucinations.