Never, never, never open up a Twitter account.  No one needs that kind of negativity in their life.    Not only is the user losing their data—which Twitter sells to the highest bidder—but the average user is also losing their soul.

No, Twitter won't improve if more good people like you sign up.  As a historian, I can tell you that no whorehouse in history was ever closed because it got more virgins. 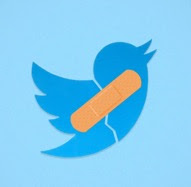 If Facebook consists of way too much yelling, periodically punctuated by cute cat videos, then Twitter is a hate-filled scream fest without even that relief.  People whom I know (people who are usually decent and respectable) are on Twitter screaming hatred—from both the left and right—in such a reckless way that it makes me wonder if they have lost their minds.

Like everyone else in the country, I have been fascinated by the ongoing political debates of the Democratic Party candidates.   Well, they are called ‘debates’, but instead of a dignified discussion with an exchange of opposing ideas, they have devolved into a media circus where a political party eventually becomes saddled with the worst possible candidate.

Now, imagine one of those political debates where all the contestants are absurdly drunk, filled with rage, and only allowed to express themselves with bumper stickers.  Got the image?  Good, Twitter is far worse than that.

Twitter is not an exchange of ideas, it is more like enraged savages squatting in the mud grunting at each other:

A dozen years ago, one of the hot topics of education was teaching through virtual reality.   Most of the attempts failed, frequently because the antics of the users’ avatars disrupted serious discussions.   Freed of social constraints, there was no feedback from others present to moderate behavior.  People online felt free to act inappropriately, thus encouraging others to act similarly.

Perhaps this is the reason that social media—and Twitter in particular—has people shrilly saying things that they would never say in an actual face-to-face conversation (if for no other reason, because some people would get punched in the mouth).  And perhaps it explains why otherwise good people act like boors online.

Clever comebacks, acerbic remarks, name-calling and the like are never going to convince someone to change their opinion.  The only thing harder to find on social media than basic human kindness is the statement, “Wow!  I didn’t think of that.  I was wrong and you’re right.”

I’ve had a Twitter account for years, and looking over my various past posts, I would defy anyone to determine my political opinions.  One of my very first posts was a favorable review of the Vegas show of Penn & Teller—to which Penn Jillette politely replied.  In the other comments, I was called a Nazi, an automated robotic service paid for by the casino, and a fool ignorant of ‘real magic’.  If the latter is not an oxymoron, I have no idea what is.

It has been said that due to the ephemeral nature of email, we are losing our history.  Very few people write letters anymore, so there will be less and less for future historians to study.  Though the government requires public officials to keep official email, we hear stories about those laws being circumvented almost daily.  And for the rest of us, what few historically relevant emails we may have written are completely buried under an avalanche of junk emails and offers from ‘Nigerian Princes’.  Our real correspondence is lost.

If email is erasing our past, then Twitter is erasing our present.  By far, the meanest comments amount to little more than online heckling:  these are quick retorts that are tossed off without much thought.  Back when the maximum length of a tweet was 140 characters, the average message was 34 characters.  In an effort to improve the quality of the messages, Twitter doubled the maximum length.  Today, the average message is only 33 characters.  (And if they come up with emojis for ‘fascist’, ‘racist’, and ‘Nazi’, we can cut that average in half.)

There are some obvious solutions to this decline in communication.  The easiest of course is just to be kind with what you post.  You are not morally gifted, and someone with a difference of opinion is not automatically evil.  I can think of no worse hell than a world in which everyone agreed with me, so it naturally follows that I should welcome someone with a difference of opinion.

For a more fundamental and positive change, why don’t we go back to letters?  Real letters—snail mail, missives, epistles, dispatches, communiqués!  Remember the pleasure of opening your mail box and finding among the bills an envelope from a friend?  How much fun it was to open the envelope and read a message handcrafted just for you?

Following my own advice, I have started writing more letters.  Letters to children and grandchildren are easy, but I’m also writing a lot of letters to friends and acquaintances.  It takes time and contemplation to write a real letter, and I find it is almost impossible to be rude or disrespectful.  And usually, sending the letters simply makes me feel good.

Admittedly, the responses to date are somewhat meager.  While only a few people are writing me back, so far, no one yet has called me a Nazi.