A Practical Proposal for Airport Security

Two months ago I wrote about problems with air travel and my views about what we call, in what can only be a cruel jest, airport security. (http://markmilliorn.blogspot.com/2009/11/travels-with-my-family.html) As we all know, since that time the underwear bomber has upped the stakes. And like every American, I have an opinion about how to improve airport (in)security. And these suggestions, like everyone else’s, will not be listened to and the airport security will continue to be a train wreck into mediocrity.

Still, I would like to offer a humble proposal for airport security. My proposal is a compromise between what I really want, and a security program too limp-wristed to bring order to a kindergarten playground. 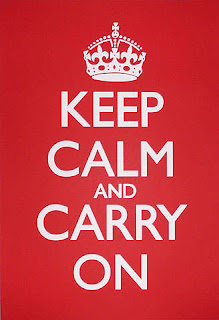 What I actually want is…nothing. Just stop reacting to the actions of terrorists. What did the Brits do during the Battle of Britain? They continued to live their lives as normal as they could. I remember several years ago visiting an exclusive tailor’s shop in London. The front of the shop still clearly showed shrapnel damage from German bombs. The shop had no intention of repairing it, and was proud of having conducted business as close to normal as possible throughout the war.

I would like the opportunity to be as brave, but unfortunately my government has decided that I must cower as they protect me from the fingernail clippers and shampoo bottles of my fellow passengers.

I understand the government wants to appear it is proactive, doing something, anything. In today’s nanny state, a government must do something about every problem, but I do not understand why the government is against profiling. I do it all the time. As I have written, my hobby is rabbit hunting. What would happen if the next time I went out in the desert to thin the hare herd if I didn’t profile?

“Yes, your honor. I shot two dogs, a pickup, and a steer, but at least I wasn’t profiling.”

My actual proposal is small, I want to empower the most effective security force in aviation today; the passengers. The only hijacked plane that failed to reach its intended target on 9/11 was brought down by the passengers. Both the shoe bomber and the underwear bomber were stopped by passengers. This despite the fact that all our security measures have done to date is disarm the passengers.

This is why I want to rearm the passengers. No, not with guns, I have no illusions that TSA will suddenly allow the stewardess to walk down the aisle saying, “Coffee, tea, thirty-eight?”

No, my proposal is a return to basics: Rocks. As the passengers board the plane, hand each of them a rock. One about the size of a baseball. Imagine the shoe bomber. Now imagine the shoe bomber being hit with 110 rocks. Crisis over. Ask yourself, if you are on a plane that someone is attempting to hijack, which would you prefer? A Sky Marshall somewhere on the plane who will probably try to reason with the hijacker while not injuring his self esteem? Or a plane load of people winding up to release a blizzard of 2 pound fast balls? There will be no need to subdue the would-be hijacker, he will be the lump under the pile of rocks.

No training is necessary, we all know how to use rocks, and as a society, we use them responsibly most of the time. I mean, you don’t have to build a fence around your rock garden to prevent a mass stoning. Even in Massachusetts you can carry a rock without a permit. Rocks are cheap, natural, renewable, and I guess they fit the definition of green.

America is at war with a fundamentalist Stone Age enemy with the brains of gravel. To fight them, America should return to the original missile defense system.  Clearly, rocks are the perfect weapon.  Let our motto be: Keep Calm and Carry On A Rock.
Posted by Mark Milliorn at 12:01 AM