Travel Tips Worth Their Weight In... Pesos

These days, everyone is making fun of airport security. It is easy to take cheap shots at the mentally handicapped. I know, because just last week, I made fun of them. See for yourself, just scroll down about a page and a half.

Cheap shots are easy, but I would like to do something constructive. No, not make more suggestions on how to improve airport security, that’s useless. I know, as a professional educator, I can tell you that while you can attempt to teach algebra to a pig, all that does is piss off the pig. Well, actually, I’ve never tried it with a pig, but I did try to teach history to a basketball player. Pretty much the same thing.

No, I have several useful and helpful ideas on how to improve your travel. In short, I have travel tips.

Let’s start with air travel. I don’t know about you, but one of the reasons I hate flying commercial, besides the airlines not letting me be the pilot, is that the planes are invariably filled with people. And way too often, they want to sit next to me. I really don’t understand this; after all there is plenty of space left out on the wings.

The worst flights, as in SouthWorst Airlines, are the airlines that will not allow you to reserve a seat. Somehow, they believe it is far more dignified to allow you to crowd, push, and grab the best seats you can, not unlike livestock filling a cattle car. The problem with this is that after you find a nice seat, you sit there watching the plane fill and inevitably a 400 lb born again Neanderthal on his way to a bad breath convention decides take not only the seat next to you, but half of your seat as well.

I have the solution. Take a pipe with you, and make damn sure that the only thing ever burned in the pipe was tobacco. You don’t actually smoke the pipe on the plane, but as soon as you sit down, take your pipe out of your pocket and stick it in your mouth. Within seconds, a nervous stewardess will remind you that smoking is forbidden. As a matter of fact, she will remind you every 30 seconds until the plane takes off. But, I can absolutely guarantee you that no one will willingly sit anywhere near the insane man with a pipe. Unless, the plane is full, no one will sit within rows of you. 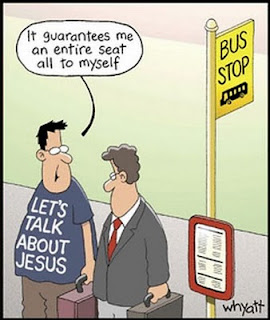 The only flaw in this plan is that you have to be one of the first to board the plane. I have a suggestion for this, too. Pre-board. All you have to do is go to a drug store and buy a nice padded brace for you leg. When you check in at the ticket counter, tell them you have a broken leg and need to pre-board. If you are really brave, ask for a skycap with a wheel chair. And while you are sitting on the plane, pipe in mouth, waiting for everyone else to board… you can take the brace off.

Naturally, you will have to tip the skycap, but my last travel suggestion will handle this. Foreign money. Especially from Argentina, Mexico, or any other country where high inflation is common. Buy the smallest possible bill in large quantities. 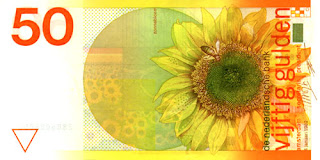 Part of the fun of traveling used to be trying to figure out how much the local money was worth. Brightly colored pieces of strange paper with pictures of unknown people. I especially liked the money the Dutch used to have; they were more like works of art than cash. And it was kind of fun to pay a cab driver by holding up a fan of strange bills and say, “Don’t hurt me.”

While the introduction of the Euro has eliminated some of the fun of European travel, there are still several countries who can provide you with colorful, although worthless, printed money. About six years ago, a single dollar would buy you over a million Turkish Lira.

Several years ago, I took the Doc and both boys to Mexico. At the first bank, I exchanged enough money to provide my wife some pocket change. “Here you are, Honey.” I said as I dumped a pile of bills in her lap, “You’re a millionaire.”

And it was true. I paid a little over $300 for a million pesos. At that rate, you can stuff a handful of 10 peso notes into a bellboy’s or a skycap’s hand. Worth roughly about a quarter.  The recipient will have absolutely no idea how much, or how little, you have tipped them.

You can act like a high roller and throw the cash around. Unless you are stupid enough to try this in Mexico.

Posted by Mark Milliorn at 1:13 AM