I can remember the first time I read a novel by Robert A. Heinlein.  It was 1962, the book was Space Cadet, and the entire country was going crazy about space.  John Glenn had just orbited the Earth and anything was possible.  I had no doubt that my children would go to school on the moon. 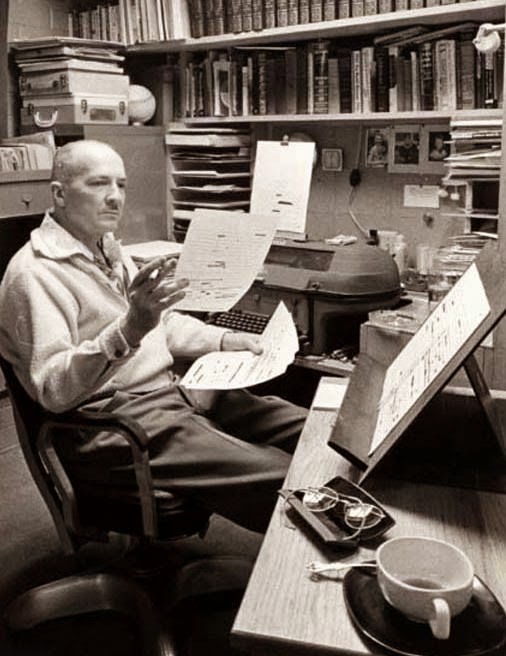 That was the year that I discovered science fiction and learned a lot of names that are still important to me today: Heinlein, Asimov, Verne, Wells, and countless others.  For me, the books of Robert Heinlein were always the best.  Now, fifty years later, I’ve added a lot of names to that list, but I haven’t moved Heinlein from that top spot.

I could devote a lot of time and space to Heinlein’s books, but I would be probably be wasting my time.  If you like science fiction, you already know about him.   If somehow you’ve missed him, start with A Door into Summer, or The Moon is a Harsh Mistress, or Stranger in a Strange Land.  I would pay a hefty sum to be able to read any of those again for the first time.

What I would like to talk about, however, is not what Robert Heinlein wrote, but what he invented in some of those writings.  Heinlein wrote about the future, and many of the pieces of technology he described came to actually exist.  Let’s start with the waterbed.

The first waterbed was made 3000 years ago.  In ancient Persia, water-filled goat skin bags were allowed to warm in the sun, then used as mattresses.  In the nineteenth century, several physicians substituted rubber for the goat skins, creating a bed that caused fewer pressure points on bed-ridden patients.

In the 1930’s, after an injury that required lengthy bed rest, Heinlein invented the first practical therapeutic mattress.  He first described this bed in his novel Beyond This Horizon (1942).  Almost 40 years later, in Expanded Universe, he wrote:

"I designed the waterbed during years as a bed patient in the middle thirties; a pump to control water level, side supports to permit one to float rather than simply lying on a not very soft water filled mattress. Thermostatic control of temperature, safety interfaces to avoid all possibility of electric shock, waterproof box to make a leak no more important than a leaky hot water bottle rather than a domestic disaster, calculation of floor loads (important!), internal rubber mattress and lighting, reading, and eating arrangements - an attempt to design the perfect hospital bed by one who had spent too damn much time in hospital beds." 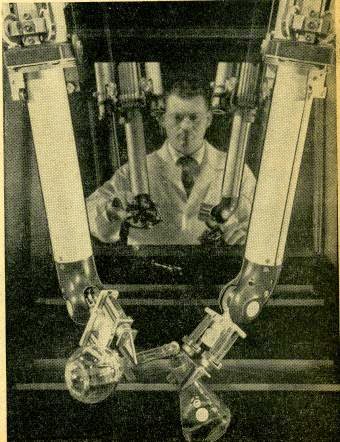 In 1942, Heinlein wrote "Waldo", a short story about a mechanical genius suffering from myasthenia gravis.  Physically too weak to cope, Waldo Farthington-Jones creates mechanical hands that he controls with gloves that mechanically magnify his movements.  Today, if you visit a nuclear test facility, you can see such hands being used.  Technically known as remote-manipulators, almost everyone refers to them as “waldoes.”

Using his Waldo mechanical hands, the hero builds a smaller set of hands, with which, he builds yet another set of smaller hands.  Farthington-Jones continues this process until he has a set of waldoes that can manipulate material at the cellular level.  In 1959, Richard Feynman gave a lecture that is credited with inventing the field of nanotechnology.  In his lecture, Feynman drew directly on “Waldo” as his primary vision of nanotechnology.

With apologies to Al Gore, Heinlein may have invented the internet.  His first novel, For Us the Living (1938), describes a nationwide information network, where the hero of the novel is able to read a newspaper article dating back to the previous century from his home.  To be fair, this information network is based upon a sophisticated network of pneumatic tubes, but this is just a picky point.  It is an information highway, so why quibble over what material was used to pave it.

Now that Heinlein has invented the internet, we might as well as well give him credit for Amazon.com also.  In 1958, Heinlein wrote Methuselah’s Children.  In this story, the hero needs to change his clothing in order to hide from the authorities.  Here is how Heinlein wrote it:

He sat down in a sales booth and dialed the code for kilts.  He let cloth designs flicker past in the screen while he ignored the persuasive voice of the catalogue until a pattern showed up which was distinctly unmilitary and not blue, whereupon he stopped the display and punched an order for his size.  He noted the price, tore an open-credit voucher from his wallet, stuck it into the machine and pushed the switch.  Then he enjoyed a smoke while the tailoring was done.

While you could already get a Diner’s Card when Heinlein wrote this, Heinlein’s “credit voucher” was before American Express, Visa and Mastercard.  The name seems to imply that it is used more as a debit card than a credit card; if so, Heinlein was truly prophetic.

To me, this shopping experience sounds pretty much like Amazon--but with delivery faster than even Amazon's proposed use of drones would provide!  If you doubt me, click here and compare the result.
Posted by Mark Milliorn at 12:01 AM