We may, or may not, be giving up Daylight Savings, the biannual foolishness of cutting a foot off the bottom of the blanket and sewing it onto the top in search of a longer blanket.  The uncertainty comes from the fact that half the proposals call for abolishing the system and the other half involve staying on the system all year long.

To be honest, I have never been sure at any given time if we are on Daylight Savings or not.  I’ve noticed that if you mention this to people, they start chanting “Spring backwards and Fall Forward” or some such idiocy.  That still doesn’t tell me if we are springing into normal time or falling back into some artificial time.

Not that any of this really matters since, when I retired, I bought myself a new Dayclock from Amazon that only has one hand, pointing at the day of the week.  I just checked the clock and discovered the battery must have died, since it has been pointing at half past Wednesday for a couple of weeks now.  Not that it matters, I’m retired.

It is not just time that is getting a little weird to measure, lots of things seem to be changing.  Five-pound coffee cans now hold three pounds, a large coffee is for some reason now a "tall", and why in hell are the rolls of toilet paper getting narrower at the same time that asses are getting wider?

All of this got me thinking about old, obsolete measurements—those that we all kind of know, but are not really too sure about.  For example, we all know that oil is sold by the barrel, but how many gallons is that?  Most people think that it is 55 gallons, but that is actually a drum, while a barrel of oil is actually 42 gallons.  Oil was originally shipped in wine barrels, which were standardized by King Richard III, in 1485.  (Back then, it was called a tierce, but eventually as the convenient size became the standard for shipping everything from eels to whale oil, people began referring to it as a barrel unless it contained wine.)

There are all kinds of measurements that are still occasionally used.  Hogsheads, puncheons, Imperial barrels, rundlets, pipes, butts, and tuns are all different sizes of barrels that are still used to ship various liquids.  We should all remember that a kilderkin are equal to two firkins of beer, each of which is the same as two pins.  And the plastic pin, called a polypin, was invented for home delivery of beer.  Since it holds a little over four and a half gallons, it should probably be called the ‘party pinpack’.

For most of human history, measurements were fairly arbitrary.  Most cultures had a word for the distance a soldier could march in a given time, but even within that culture, the distance varied depending on the terrain that the soldiers had to travel through.  Nor were there accurate measurements of time.  In the early morning and late afternoon, the distance of the sun from the horizon could be measured in finger widths, each being equal to about 15 minutes, but in the middle of the day the system was almost impossible to use.  Well, I guess a dozen people could hold their hands…. No, I suppose not. 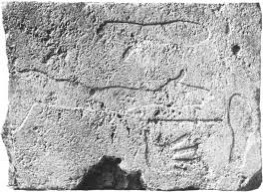 You can imagine the difficulties with some measurements.  Every culture has developed a measurement of length based on the size of a hand, a foot, and the length of a stride, and no two of them have been the same.  Eventually, some cultures began to standardize the units.  In ancient Athens, special units were kept in the Tholos, a round public building.  Merchants could compare their measuring sticks against the agreed upon standard.  Both the Greeks and the Romans engraved standard units of measurement into some of their monuments.

Later, the same system was used in Paris, the Tower of London, and even today in Washington D.C.  Though I suspect if you showed up and wanted to carve fresh notches on a stick you might have a little trouble gaining access to the standardized units.

There are lots of weird units of measurements still out there, and I think we should bring some of them back.  Let’s post speed limits in furlongs per dogs years.  How many leagues is it from New York to Chicago?  Why do highway exits have to labeled in miles?  Why not football fields?

To help you, I have compiled a helpful chart measuring velocities over distances and units of time.  To simplify matters, all velocities are relative to 60 miles per hour.  And yes, all of these are recognized units of measurement.

Here are the measurements of length:

Yes, some things really are measured in Empire State Buildings, at least here in the United States.  In France, they frequently measure things in Eiffel Towers.

Here are the units of time:

The next time someone tells you they will do something in a jiffy, you can immediately ask, “So, are you done yet?”

Here is the table (click on it for a larger image) :

So, the next time a cop pulls you over and asks how fast you were going, don’t say “85”, just say, “Half a football field per microfortnight.”

(Just hope he hasn't read this blog and says, "That'll be a dog year in the clink for trying to be tricky.)